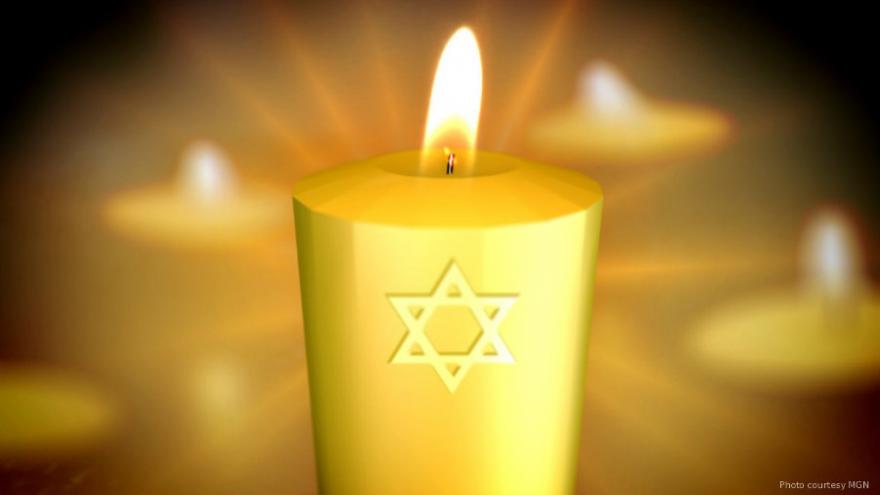 LONDON (AP) — Gena Turgel, a Holocaust survivor who comforted Anne Frank at the Bergen-Belsen concentration camp before the young diarist's death and the camp's liberation a month later, has died. She was 95.

Turgel died Thursday, Britain's chief rabbi, Ephraim Mirvis, said on Twitter. The news triggered tributes from some of the people the Polish native touched in the decades she shared her World War II experiences, including witnessing the horrors of the Nazi camps at Auschwitz, Buchenwald and Bergen-Belsen.

After World War II, Turgel married one of Bergen-Belsen's British liberators, Norman Turgel, earning the nickname "The Bride of Belsen." Her wedding dress, made from parachute silk, is part of the collection of the Imperial War Museum in London.

Turgel attended Britain's annual Holocaust remembrance two months ago in a wheelchair with a blanket draped over her knees.

"My story is the story of one survivor, but it is also the story of 6 million who perished," she said at the event in London's Hyde Park. "Maybe that's why I was spared — so my testimony would serve as a memorial like that candle that I light, for the men, women and children who have no voice."

Born in Krakow, Poland as Gena Goldfinger on Feb. 1, 1923, Turgel had to move with her family in 1941 to a Jewish ghetto with only a sack of potatoes, some flour and a few belongings. One brother was shot by the Nazi SS police and another disappeared after trying to escape, according to the Holocaust Educational Trust in London.

A sister of hers was shot while trying to smuggle food into a labor camp. In January 1945, Turgel and her mother were forced onto a death march from Auschwitz, leaving her remaining sister behind.

It was in a hospital at Bergen-Belsen, where the 22-year-old Turgel arrived in February, that she cared for Anne Frank as the 15-year-old girl was dying from typhus.

"I washed her face, gave her water to drink, and I can still see that face, her hair and how she looked," Turgel once told the BBC.

Turgel published a memoir, "I Light a Candle," in 1987 and kept retelling her story in schools across Britain until the end of her life.

"Gena dedicated her life to sharing her testimony to hundreds of thousands in schools across the country," ''Her story was difficult to hear - and difficult for her to tell, but no one who heard her speak will ever forget," Karen Pollock, chief executive of the Holocaust Educational Trust, said.

London Mayor Sadiq Khan said he met Turgel at the Hyde Park event in April and was "inspired by her lifelong commitment to educating people about the horrors of the Holocaust."

"Let us hope for a better future where anti-Semitism and all hatred should be demolished, shouldn't be tolerated," Turgel said at the time. "And I do beg you, don't forget those who are less fortunate than yourselves. "