Home prices up 15.4% in January from a year ago 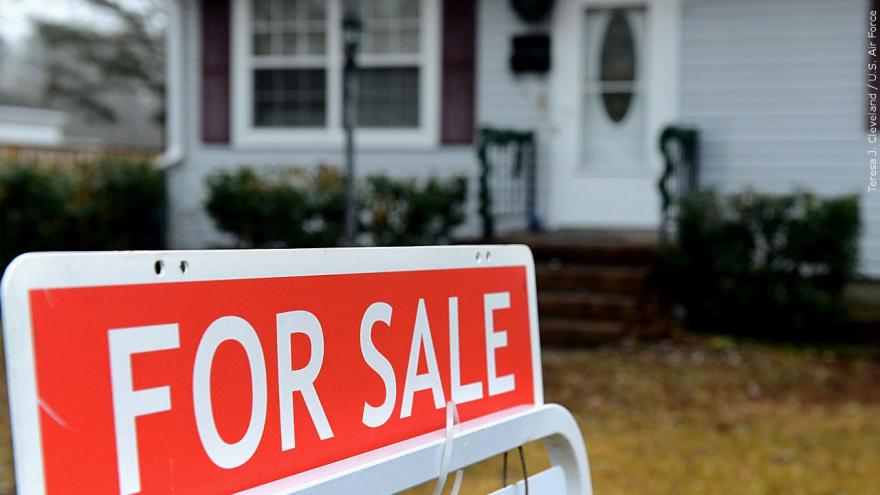 The median price for a home last month was $350,300, up 15.4% from a year ago, according to the National Association of Realtors. It was not the highest median price on record, which was $362,800 last June, but it is the highest for the month of January, which tends to be a sleepier time for home sales.

Sales of existing homes -- which include single-family homes, townhomes, condominiums and co-ops -- surged 6.7% from December, but were down 2.3% from a year ago, largely because there were so few homes to buy.

At the end of January, the inventory of homes available to buy fell to an all-time low of 860,000, down 16.5% from last year. That's the lowest since NAR began tracking it in 1999. At the current monthly sales pace, supply would last just 1.6 months, which is also a record low.

"The inventory of homes on the market remains woefully depleted," Yun said.

But the availability and affordability of homes depends greatly on price level.

Homes priced at $500,000 and below are disappearing, Yun said, while supply has risen at the higher price range. Such increases will continue to shift the mix of buyers toward high-income consumers and push out first-time homebuyers, he said.

"There are more listings at the upper end -- homes priced above $500,000 -- compared to a year ago, which should lead to less hurried decisions by some buyers," Yun added. "Clearly, more supply is needed at the lower-end of the market in order to achieve more equitable distribution of housing wealth."

The share of first-time homebuyers in the market was near all-time lows.

Only 27% of sales in January were to first-time homebuyers, which was down from 33% a year ago.

As prospective home buyers seek out greater job opportunities and affordability, Yun said more people are moving to the South and Sunbelt, pushing the number of sales and prices higher there.

Existing home sales in the South jumped 9.3% in January from December. The median price in the region was $312,400, up 18.7% from a year ago. For the fifth straight month, the South had the highest pace of appreciation.

"The migration to the southern states is clearly getting reflected in higher home sales and fast rising home prices compared to other regions," Yun said.

Also creating urgency in the housing market are rising mortgage rates. Last month, homebuyers raced to lock in lower mortgage rates, which have been inching closer to 4%.

Yun said rising mortgage rates are problematic for at least two groups in the market.

"First, some moderate-income buyers who barely qualified for a mortgage when interest rates were lower will now be unable to afford a mortgage," he said. "Second, consumers in expensive markets, such as California and the New York City metro area, will feel the sting of nearly an additional $500 to $1,000 in monthly payments due to rising rates."

But so far, buyer activity has been resilient, said Danielle Hale, Realtor.com's chief economist, even in the face of factors that could additionally squeeze housing budget priorities, including rising rates and inflation.

"Housing market momentum will be tested by rising mortgage rates in 2022," said Hale.

"Our expectation is that we'll continue to see home sales at a relatively high level throughout 2022, as post-pandemic shifts, like rising workplace flexibility, enable would-be buyers to expand their geographic search horizons and find an affordable place to call home," said Hale.