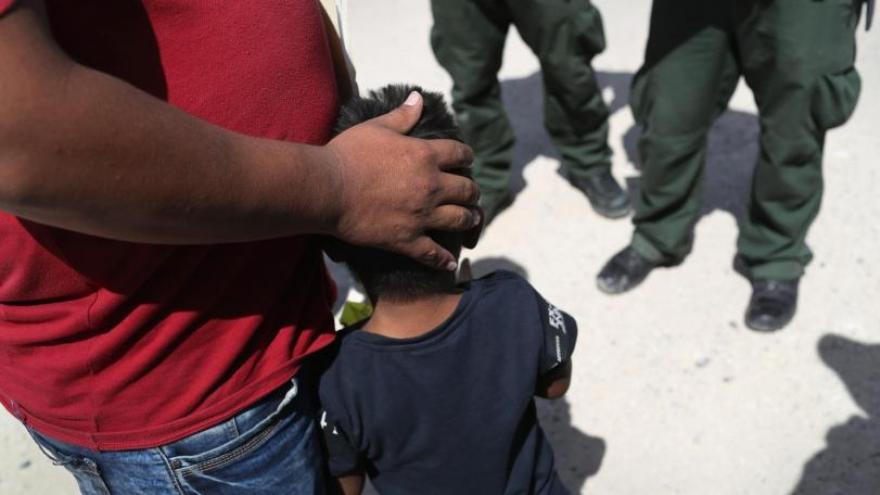 The Department of Homeland Security is expanding its program of returning some asylum seekers to Mexico to await their immigration court hearings, officials said Tuesday.

(CNN) -- The Department of Homeland Security is expanding its program of returning some asylum seekers to Mexico to await their immigration court hearings, officials said Tuesday.

The Migrant Protection Protocols program, informally known as "Remain in Mexico," now includes the Calexico port of entry in California and is in operation between ports of entry in the San Diego sector, according to a DHS official.

Calexico is a border city just north of Mexicali, Mexico, and is about 120 miles east of San Diego. The San Diego sector shares 60 miles of border with Mexico.

The official said the department intends to "expand to other ports of entry along the southern border" as well as they become "operationally feasible on both sides."

DHS is "starting small to see how this process works" and to ensure that "we have coordination down with Mexico and we have a process that works," the official said.

As of Tuesday morning, the US has returned 240 migrants to Mexico under these protocols.

The program, which applies to migrants primarily from Central America, was initially rolled out at the San Ysidro port of entry. It does not apply to Mexican citizens and unaccompanied minors. An official previously told CNN that migrants returned to Mexico included both single adults as well as families.

"There is no agreement between the United States and Mexico on the Migrant Protection Protocols. That being said, both sides recognize we need to work together," added the official Tuesday.

The official pointed out that the program is "not a silver bullet" but one of the "many things the department is doing" to address the spike in migration of people from Central American countries to the US.

In February, a coalition of immigrant advocacy groups asked a federal judge for a restraining order that would block the Trump administration from forcing asylum seekers to stay in Mexico while their cases make their way through the immigration courts.