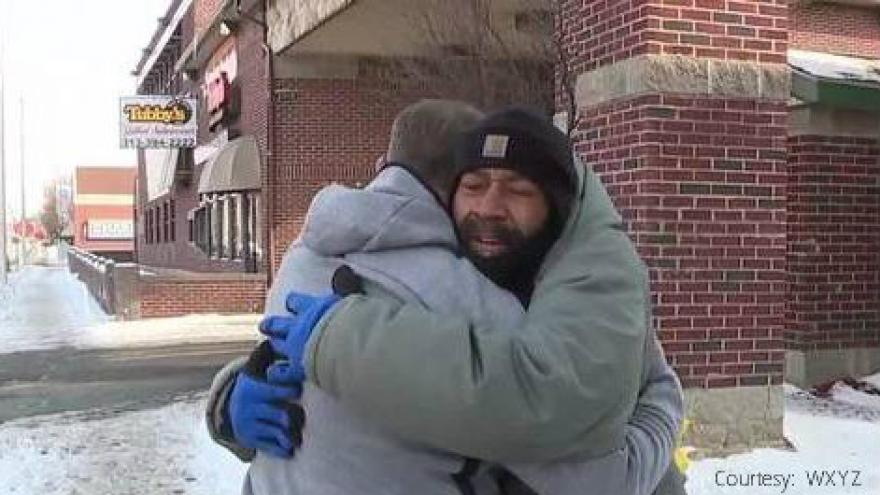 Detroit, Michigan (WXYZ) -- The goal was simple for Jeremiah Chappelle: to get Rico Thomas, homeless now for 22 years, off the streets— at least temporarily— in this frigid cold.

Chappelle is with a group called Everybody Matters-Detroit. They spend their nights looking for people to feed, clothe and shelter.

Last night, Rico was one of them.

With donations gathered on Facebook, Chappelle gathered enough money to rent him a room at this Baymont Inn and Suites on Jefferson in Detroit.

But he hit a snag.

"Everything was fine until I mentioned it was a homeless man. She made the comment we don’t rent to those people," said Chappelle.

He showed us video of some of the interaction, in which the woman at the hotel's front desk was turning Chappelle away, instead referring him to speak to the manager the following day.

Today, Channel 7 caught up with that manager, who said what the employee did was against company policy.

He declined an on camera interview but did come out to greet the two men with an apology.

Later, in a statement, he said: "We apologize to Rico for the actions that our night-shift employee took. Proper action has been taken."

Management also took it one step further, by committing to give Rico a hotel room for an entire month, breakfast included.

Rico told Channel 7 he was overjoyed and moved by the manager's willingness to make it right.