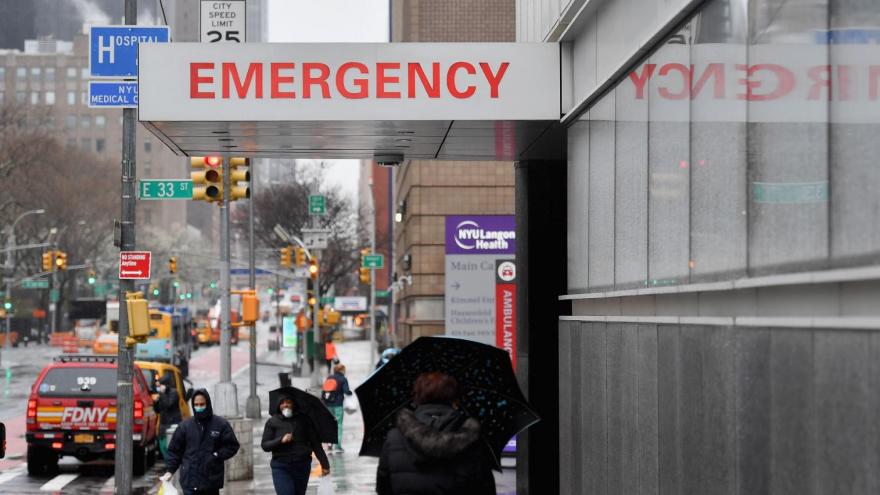 A coalition of hospital groups lost their attempt to block the Trump administration from requiring hospitals to disclose the prices they privately negotiate with insurers.

(CNN) -- A coalition of hospital groups lost their attempt to block the Trump administration from requiring hospitals to disclose the prices they privately negotiate with insurers.

Judge Carl Nichols of the US District Court for the District of Columbia on Tuesday rejected the industry groups' contention that the Trump administration exceeded its authority and violated the First Amendment when it approved a rule last November that would force hospitals to make these rates public by 2021.

The administration hailed the decision, saying American patients deserve to be in control of their health care.

"Especially when patients are seeking needed care during a public health emergency, it is more important than ever that they have ready access to the actual prices of health care services," said Health and Human Services Secretary Alex Azar.

Trump also celebrated the decision in a tweet later Tuesday, saying in part: "Patients deserve to know the price of care BEFORE they enter the hospital. Because of my action, they will. This may very well be bigger than healthcare itself."

The American Hospital Association, one of the plaintiffs, vowed to appeal the ruling and seek expedited review.

"The proposal does nothing to help patients understand their out-of-pocket costs. It also imposes significant burdens on hospitals at a time when resources are stretched thin and need to be devoted to patient care," said Melinda Hatton, the group's general counsel. "Hospitals and health systems have consistently supported efforts to provide patients with information about the costs of their medical care. This is not the right way to achieve this important goal."

The plaintiffs -- who include Association of American Medical Colleges, Federation of American Hospitals, National Association of Children's Hospitals and three hospitals -- argued that disclosing the rates could confuse patients because those prices are different than their out-of-pocket obligations. How much consumers actually pay for hospital services depends on their insurance plans, including their deductibles, and how much medical care they've had during the year.

The rule also requires hospitals to reveal the amounts they are willing to accept in cash for an item or service. They must provide all this information in an online, searchable way for 300 common services, such as X-rays, outpatient visits and lab tests. Hospitals that don't comply face a civil penalty of up to $300 a day.

The administration also proposed a separate rule that would require insurers to provide consumers with estimates of their out-of-pocket costs for all health care services through an online tool. Carriers would have to disclose their negotiated rates for in-network providers, as well as the allowed amounts paid for out-of-network providers.

Some experts, however, say that the rules will not help many consumers because people don't typically shop for medical services.

The district court decision comes a week after the Trump administration lost another legal round in its attempt to require drug companies to disclose prices in their television ads. A federal appeals court ruled that the administration lacked the authority to do so.

This story has been updated with reaction from one of the plaintiffs and President Donald Trump.