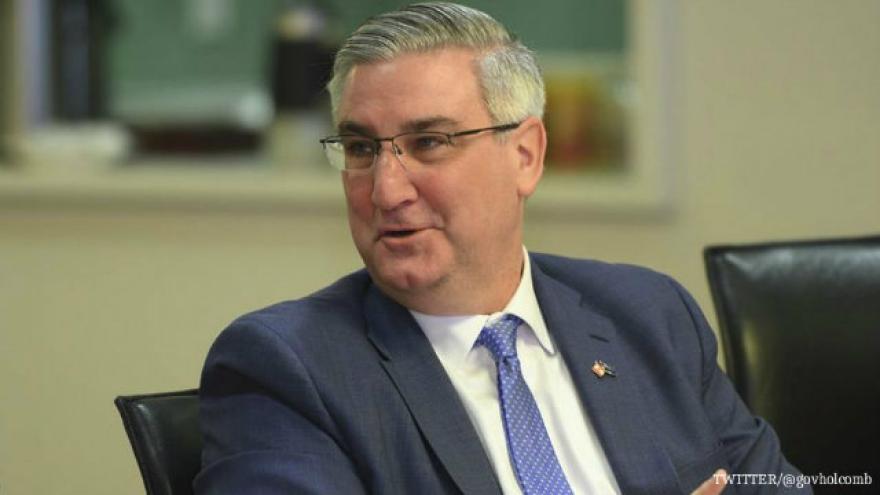 INDIANAPOLIS (AP) — The Indiana House approved hate crimes legislation Tuesday that doesn't specifically list gender identity, age or gender among its protected traits, although the lawmaker who revised the bill said it includes language that covers everyone possible.

House members voted 57-39 Tuesday to advance the bill. The Senate must either agree to the changes made by the House or send it on to a joint House-Senate conference committee to resolve any differences.

The House vote came one day after the chamber unexpectedly adopted hate crimes language in an amended, unrelated bill.

Republican Gov. Eric Holcomb said in a statement Monday that he supports and appreciates the legislation, saying that it "covers all forms of bias crimes and treats all people equally." In January, he had pushed for more comprehensive legislation in the conservative state that would get Indiana off a list of five states without a hate crimes law.

"Now, we need to make sure we get to the finish line and move Indiana off the list of states without a bias crimes law," Holcomb added in his statement.

A Senate committee had passed an another hate crimes bill in February, but a few days later the state Senate stripped out a list of specific protected traits, including sexual orientation, gender identity and race.

But the revised bill says that bias can also be considered due to the "victim's or the group's real or perceived characteristic, trait, belief, practice, association, or other attribute."

Rep. Greg Steuerwald, R-Avon, who brought the amendment Monday, said before Tuesday's vote that the revised language covers everyone possible.

House Democratic Leader Phil GiaQuinta of Fort Wayne opposed the legislation because he said it left out key classes that need protection. He said the House Democratic caucus is majority women and that they are not explicitly covered by the bill.

GiaQuinta accused Republicans of working "behind closed doors" and using sleight of hand to limit debate and discussion.

He said Tuesday that House Democrats "have been very clear from the beginning" that they support a comprehensive hate crimes bill.

"It's very clear that this bill before us today falls very short of that standard," GiaQuinta said.

Steuerwald's bias crimes language is more comprehensive than the hate crimes legislation the Senate had changed in February to strip out a list of specific protected traits Holcomb had supported.

The altered version of that bill said only that judges can consider bias as an aggravating circumstance when weighing a stricter sentence for a crime.

Only Indiana, Georgia, South Carolina, Wyoming and Arkansas have no explicit hate crimes law allowing for higher sentences when a person's sexual orientation, race and religion are the basis for a crime. Those laws vary to some degree but generally allow for stiffer sentences to be given to people who are convicted of crimes motivated by hatred or bias.