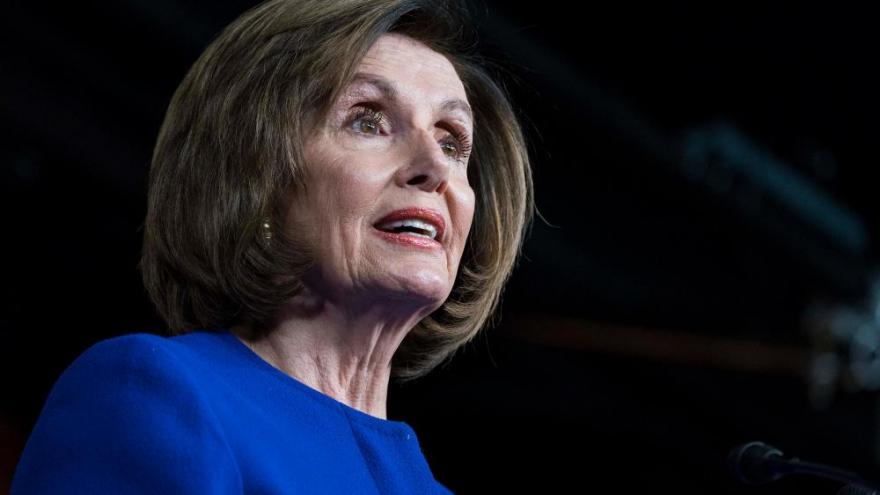 The House is scheduled to vote Thursday on bipartisan legislation to make changes to the Paycheck Protection Program.

(CNN) -- The House voted on Thursday to pass bipartisan legislation to make changes to the Paycheck Protection Program set up to help struggling small businesses with emergency loans during the pandemic, the latest effort on Capitol Hill to address economic fallout from the Covid-19 crisis.

The legislation -- titled the Paycheck Protection Program Flexibility Act -- was introduced by Republican Rep. Chip Roy of Texas and Democratic Rep. Dean Phillips of Minnesota. It is intended to make loans more accessible under the program by making its terms of use more flexible.

The Senate would need to pass the legislation to implement the changes. Senators failed to move their own set of reforms to the loan program last week but are expected to return to the issue when the chamber is in session next week.

The legislation would give small businesses more time to use emergency loans under the program by extending the eight-week period in which they must use the money to qualify for loan forgiveness to 24 weeks.

The bill would also give small businesses more flexibility by changing the so-called 75/25 rule, which requires recipients of funds under the program to use three-quarters of the money for payroll costs and limit other costs to no more than 25% in order to be eligible for loan forgiveness. The new ratio would be at least 60% on payroll and no more than 40% on other costs.

The legislation would also allow businesses that receive loan forgiveness under the program to defer payroll taxes.

The push to make fixes to the loan program comes as Democrats and Republicans have yet to reach agreement over how to move forward with a new, sweeping coronavirus relief package. But sponsors of the bill argue that fixes to the Paycheck Protection Program can't wait until Congress comes to a consensus on a bigger package.

"I hope that Congress doesn't mess this up en route to some grand bargain," Roy told CNN on Wednesday ahead of the vote.

Moving forward with these fixes to the program is the first sign that House Democrats are willing to advance narrow pieces of legislation following their passage of a $3 trillion aid package earlier this month. The sweeping package reflected Democratic priorities and was not a product of bipartisan negotiation.

For now, smaller tweaks to already-enacted aid programs may be more imminent.

The Paycheck Protection Program was set up as part of an earlier relief plan -- the CARES Act -- to help small businesses continue to pay workers during the crisis. The program's rollout has been hampered by technical issues and glitches, but small business owners have clamored for the aid and the program's funding has already been replenished once by lawmakers after funding ran dry.

The push for bipartisan fixes to the program comes as business owners have complained that the terms of use are overly restrictive and do not offer enough flexibility amid the crisis.

A group of senators pushed to pass their own version of legislation to provide greater flexibility for the loan program last week, but the Senate did not pass it before adjourning for the Memorial Day weekend.

The Senate bill includes significant differences from the House proposal. It maintains the so-called 75/25 rule and gives businesses 16 weeks, not 24, to use their funding.

House Majority Leader Steny Hoyer told reporters on Tuesday that he hopes the Senate will take up the small business revisions that pass in the House.

"I don't know that there's much reconciliation; there's not that much difference," Hoyer, a Democrat from Maryland, said of House and Senate versions of the legislation.

"What we think is there is a general consensus between both the House and Senate that the time frame that was set was too short. Unfortunately, we had hoped that this would be resolved sooner," he said referring to the coronavirus threat. "I don't really think there's a lot to resolve."