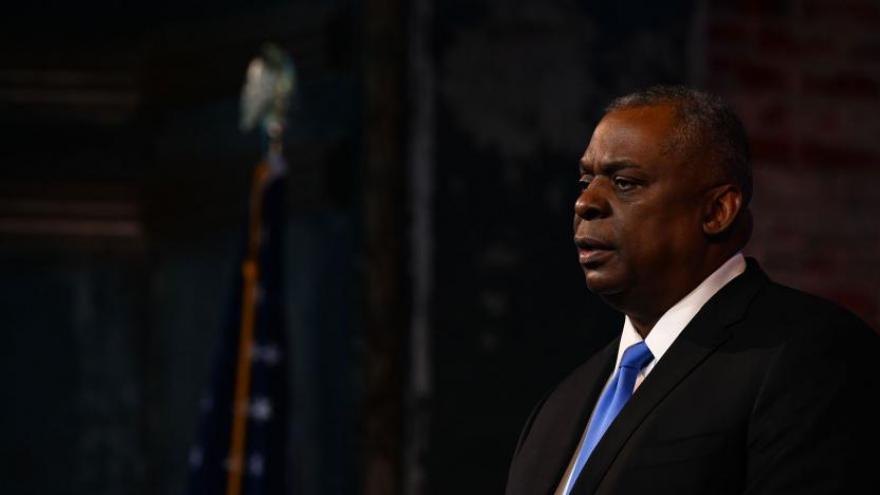 Retired general Lloyd Austin speaks after being nominated by US President-elect Joe Biden to be US Defense Secretary, at The Queen Theater in Wilmington, Delaware on December 9, 2020.

(CNN) -- The House on Thursday approved a waiver to permit retired Gen. Lloyd Austin to serve as secretary of defense in the Biden administration.

Austin, who would be the first African American to run the department, must be granted a waiver from a law requiring a defense secretary to wait seven years after active-duty service before taking the job.

Ahead of the vote, Austin, who retired in 2016, had been reaching out to top House and Senate lawmakers who would need to agree to pass legislation to grant the waiver, something approved only twice before in history, including for James Mattis to run President Donald Trump's Pentagon in 2017.

President Joe Biden's pick for defense secretary must, in effect, have to win two votes: one from both chambers of Congress to grant the waiver and another from the Senate to confirm him for the position, and the House vote Thursday was a first key legislative step in that process.

The Senate Armed Services Committee voted to advance a waiver and to favorably report Austin out of committee, approving both by voice vote. The next steps in that chamber will be votes on the Senate floor with timing still to be determined.

To win confirmation, Austin must overcome objections from some lawmakers to allowing a recently retired general to assume the top civilian post at the Pentagon.

He addressed those concerns directly at a Senate Armed Services Committee hearing Tuesday afternoon, saying, "If confirmed, I will carry out the mission of the Department of Defense, always with the goal to deter war and ensure our nation's security, and I will uphold the principle of civilian control of the military, as intended."

"I understand and respect the reservations some of you have expressed about having another recently retired general at the head of the Department of Defense," he said at the hearing. "The safety and security of our democracy demands competent civilian control of our armed forces, the subordination of military power to the civil."

Rep. Adam Smith, the chairman of the House Armed Services Committee, said on Monday that he had sent a letter to House Democrats urging them to vote in support of a waiver for the nomination.

"I have no doubt that civilian control of the military will be completely upheld by Secretary-designate Austin when he is our Secretary of Defense," the Washington state Democrat tweeted.

"I also strongly believe it is critically important that Secretary-designate Austin be confirmed as quickly as possible after President-elect Biden becomes President on January 20th," he said.