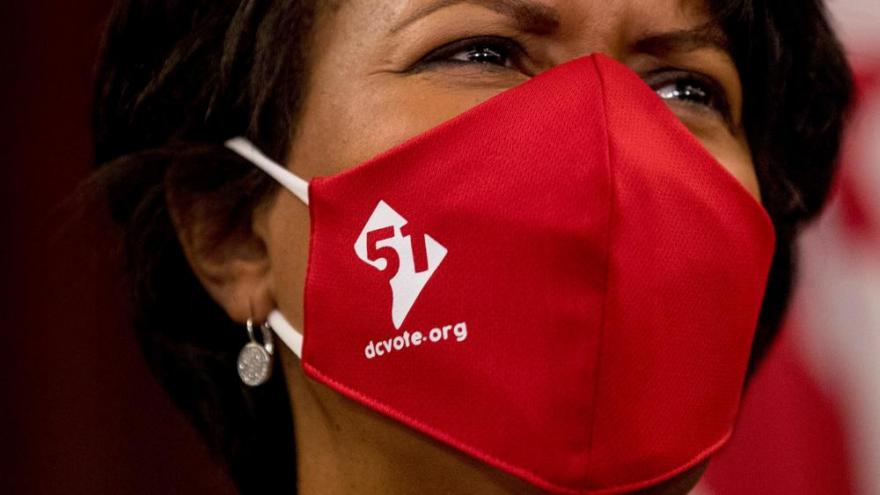 (CNN) -- The House of Representatives will vote on a District of Columbia statehood bill on June 26, House Majority Leader Steny Hoyer announced Tuesday.

If passed, it would be the first time either chamber of Congress has approved a DC statehood bill. More than 220 members, all Democrats, have cosponsored the measure -- exceeding the threshold for passage in the House.

Under the bill -- introduced by Del. Eleanor Holmes Norton, DC's nonvoting member of the House -- all land in DC, except for existing federal buildings and monuments in the city, would be admitted as a state. The legislation would rename Washington, DC, as the Washington, Douglass Commonwealth, after Frederick Douglass. It would provide DC with two US senators and at least one House member.

The bill is unlikely to advance in the Republican-held Senate, where Majority Leader Mitch McConnell has said such efforts won't go anywhere as long as he controls the chamber.

Officials argued the need for statehood has become more stark in recent weeks given the federal government's mobilization of law enforcement in the city to counter racial justice protests -- including the forcible clearing of peaceful protesters outside the White House to allow President Donald Trump's photo op at a local church earlier this month.

"We know that statehood is the only way to ensure that we have full representation, that we have votes here in the United States of America capital, but also to make sure that we're fully autonomous. And that is our birthright," DC Mayor Muriel Bowser said Tuesday.

"If DC were a state, it could not be shortchanged as it was under the CARES Act, and the residents would be protected from the kind of civil rights violations we saw in Lafayette Square." Hoyer, a Maryland Democrat, said. The district was treated as a territory rather than a state in the $2.2 trillion emergency economic relief package passed at the end of March, meaning it was eligible to receive about $500 million in aid from the bill, rather than a minimum of $1.25 billion allocated for each state.

To become law, the bill's supporters argue it would only have to pass both chambers of Congress with a simple majority and then be signed by the President. Because the legislation essentially shrinks the US capital to a tract of land including the White House, Capitol building, Supreme Court, and nearby federal buildings and monuments in the city, proponents say this would sidestep constitutional questions about making the rest of DC a state. Republicans, who oppose DC statehood, maintain that adding the district as a state would require a constitutional amendment.

Trump has also objected to the prospect, telling the New York Post in an interview last month that DC statehood will "never happen unless we have some very, very stupid Republicans."

"DC will never be a state," Trump said in the interview. "You mean District of Columbia, a state? Why? So we can have two more Democratic -- Democrat senators and five more congressmen? No thank you. That'll never happen."