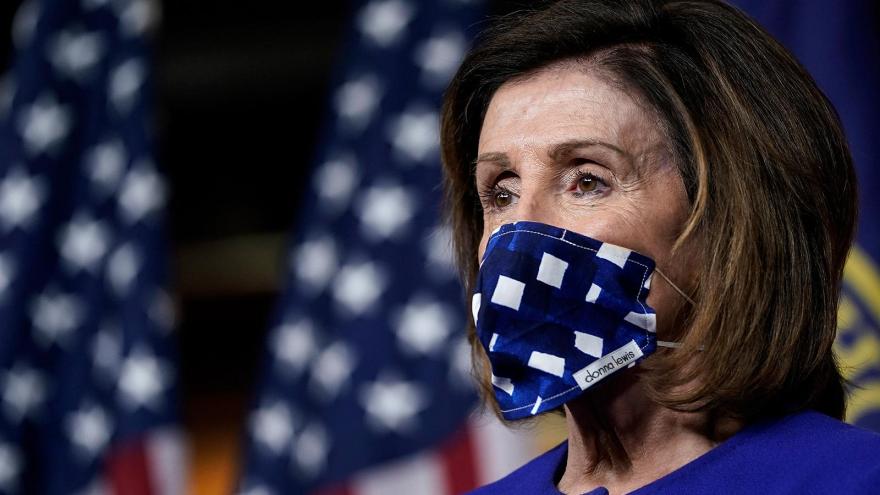 During a press conference, Pelosi said House Democrats are "on the brink" of announcing the initiative, and the package will include provisions to end racial profiling, the excessive use of force, qualified immunity for police officers, "and addressing the loss of trust between police departments and the communities they serve."

"We want to see this as a time where we can go forward in a very drastic way. Not incrementally, but in an important way to redress those problems," she said.

According to a summary document obtained by CNN on Saturday, the bill will include anti-lynching legislation as well as legislation to increase training, ban chokeholds and create "a National Police Misconduct Registry" among other things.

The effort comes amid nationwide demonstrations and protests over George Floyd's death, which has put pressure on lawmakers to take action regarding police brutality against black Americans. A memorial service for Floyd took place on Thursday in Minneapolis. Pelosi described it as a "a national day of mourning."

It is unclear if there will be bipartisan support for any major legislation. House Minority Leader Kevin McCarthy on Thursday urged Pelosi to bring the House back to Washington, saying that lawmakers would be better equipped to reach agreement if they could discuss the matter in person.

"What causes real damage is not having Congress together," he said in his weekly press conference. "Our nation needs to come together to heal, and we need our Congress in Washington."

As of now, the House is not scheduled to return until June 30 — although House Majority Leader Steny Hoyer said earlier this week that Democratic leaders are open to the prospect of bringing lawmakers back to the Capitol to vote on the Congressional Black Caucus proposal sooner than that.

McCarthy, a California Republican, didn't provide many details on what kind of legislation House Republicans would support, noting he planned to discuss it with Republicans on the House Judiciary Committee Thursday afternoon. He said ensuring police officers are trained well is essential to avoiding unnecessary violence.

This story has been updated Saturday with more details about the legislation.