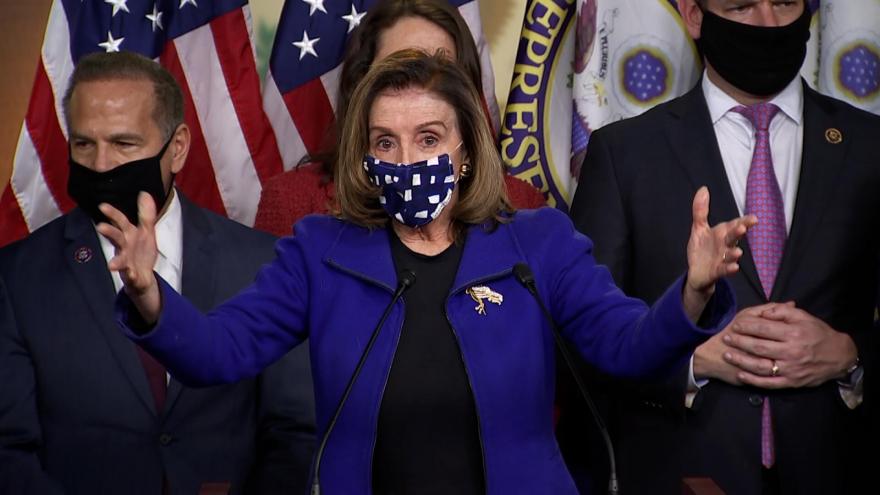 (CNN) -- House Democrats took another step Friday in their effort to advance a $1.9 trillion stimulus bill, releasing the full bill text, which includes an increase in the federal minimum wage to $15 per hour, $1,400 direct checks for Americans making $75,000 or less a year, an extension of $400 federal unemployment benefits and more money for small businesses struggling amid the pandemic.

The legislation, which had already been passed in pieces out of individual committees, was packaged together by the House Budget Committee.

The panel will take up the bill Monday and it is expected to come to the House floor for a vote later next week.

Democrats have a narrow margin to pass the bill, and Republican leaders have already begun whipping their members against it, arguing it spends too much money.

The bill is not expected to attract much, if any, Republican support. On Friday, House Minority Whip Steve Scalise urged Republicans in an email to vote "no" on what his office called House Speaker Nancy Pelosi's "Payoff to Progressives Act."

"It's clear Democrats have no interest in approaching COVID relief in a timely and targeted fashion and are instead using the reconciliation process to jam through their liberal wish list agenda," Scalise's office wrote.

Hours later, Pelosi's office pushed back on that characterization from Republicans.

"With millions of Americans unemployed and demanding relief to reopen schools and get people back to work, House Republican leadership is demanding its members vote against a bipartisan plan to help struggling Americans," her office said in an email. "Americans need help. House Republicans don't care."

Once the House passes the legislation, it will next go to the Senate where Democrats hold the narrowest possible majority. The expectation is that some pieces of the bill will have to change in order to accommodate the rules for the budget process known as reconciliation, which allows Democrats in the Senate to pass the bill with just a simple majority. The Senate has a partisan split of 50-50, with Vice President Kamala Harris able to step in and act as the tie-breaking vote.

Pelosi has previously said that she expects the Covid-19 relief package to be on Biden's desk by March 14, when some jobless benefits expire.