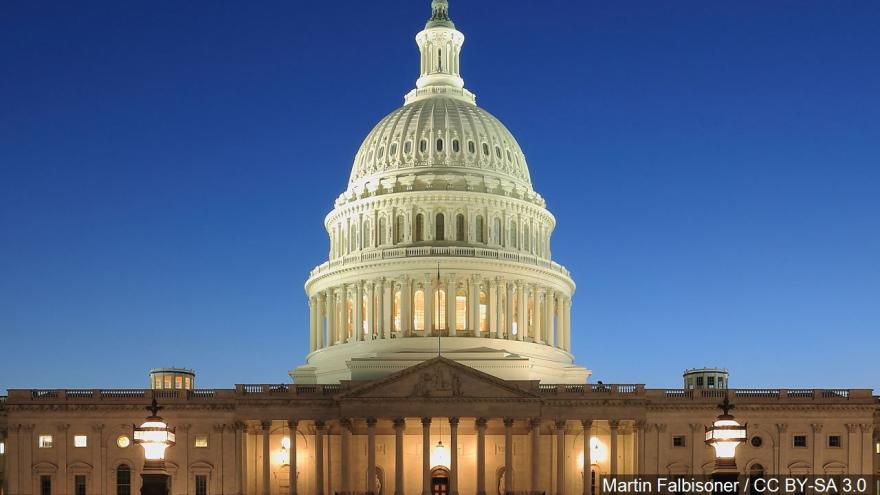 Schiff said the investigation would "allow us to investigate any credible allegation that financial interests or other interests are driving decision-making of the President or anyone in the administration."

"That pertains to any credible allegations of leverage by the Russians or the Saudis or anyone else," Schiff told reporters after the House Intelligence Committee's first meeting in the new Congress.

In a statement, Schiff said the investigation would include a continued probe into Russia's actions during the 2016 election and contacts between the Russia and Trump's team, as well as an examination of "whether any foreign actor has sought to compromise or holds leverage, financial or otherwise, over Donald Trump, his family, his business, or his associates."

Schiff said the investigation, which could involve additional congressional committees, would also look at whether Trump or his associates have "sought to influence US government policy in service of foreign interests" and any potential obstruction into the various investigations.

Schiff's announcement is the most detailed look yet into how congressional Democrats will investigate Trump's finances and possible ties to foreign entities, and how Democrats are sure to continue probing Trump and his team well after special counsel Robert Mueller's investigation had concluded.

Trump reacted Wednesday to Schiff's announcement by slamming the Democrat and saying Schiff has "no basis to do that."

"He's just a political hack trying to build a name for himself," Trump said in the Roosevelt Room Wednesday after announcing his new nominee to be World Bank president.

He continued, "It's called presidential harassment and it is unfortunate."

The committee also took its first action Wednesday in the new Congress, voting to send more than 50 transcripts from its Russia investigation interviews to Mueller. The panel approved the motion to send the transcripts by voice vote, according to Republican Rep. Mike Conaway of Texas.

The committee already sent one transcript to Mueller in December after the special counsel's office requested Roger Stone's interview. Federal prosecutors accused Stone of lying to the committee in his seven-count indictment last month.

Schiff has said that he wanted to send the transcripts to Mueller for review to see whether any other witnesses who appeared before the committee committed perjury. The transcripts are likely to be transmitted by the end of the day, Schiff said.

In addition to the accusations against Stone, which he pleaded not guilty to last week, former Trump lawyer Michael Cohen pleaded guilty to lying to Congress in his 2017 testimony about how long discussions surrounding a Trump Tower Moscow project extended into the 2016 campaign.

When the committee was controlled by Republicans in the last Congress, Schiff tried to send the un-redacted transcripts to Mueller, but Republicans blocked his motion, arguing that Mueller had not requested them.

The other interviews that will now be sent to the special counsel include Trump's eldest son Donald Trump Jr., son-in-law Jared Kushner and senior campaign aides Corey Lewandowski, Steve Bannon and Hope Hicks. They also include numerous Obama administration officials and others in Trump's orbit who were interviewed during the committee's yearlong probe.

The committee already voted in November under former Chairman Devin Nunes, a California Republican, to make its interview transcripts public. But they are currently being reviewed for classified material by the Office of the Director of National Intelligence ahead of a public release.

Republicans on the committee, led by Nunes, made several motions on Wednesday that were rejected by Democrats.

They sought to immediately make public the committee's interview transcripts conducted in an unclassified setting, which includes most of the panel's Russia interviews. Nunes in a statement slammed an "unacceptable delay" in the executive branch's declassification process.

And Republicans sought to issue subpoenas to a dozen officials, including former FBI Director James Comey, according to Republican Rep. Chris Stewart of Utah.

Schiff said that the Democrats rejected the GOP motions because there was personally identifiable and some classified material contained in the unclassified transcripts, and the committee wouldn't issue subpoenas before offering to bring in witnesses voluntarily.

The Office of the Director of National Intelligence estimated that the transcripts would be ready for public release in May or June, Schiff said, and he hoped to speed up that process by releasing some of the transcripts that were already ready first.

The Republican motions underscored the role-reversal for Schiff and Nunes in the Democratic-led Congress when it comes to the Russia investigation: In the last Congress, Schiff made numerous requests for subpoenas and committee actions that were rejected by the Republican majority.

As he left the committee's secure spaces, Nunes was asked whether he voted to release the transcripts to Mueller. "You guys are an embarrassment to yourselves," Nunes responded.