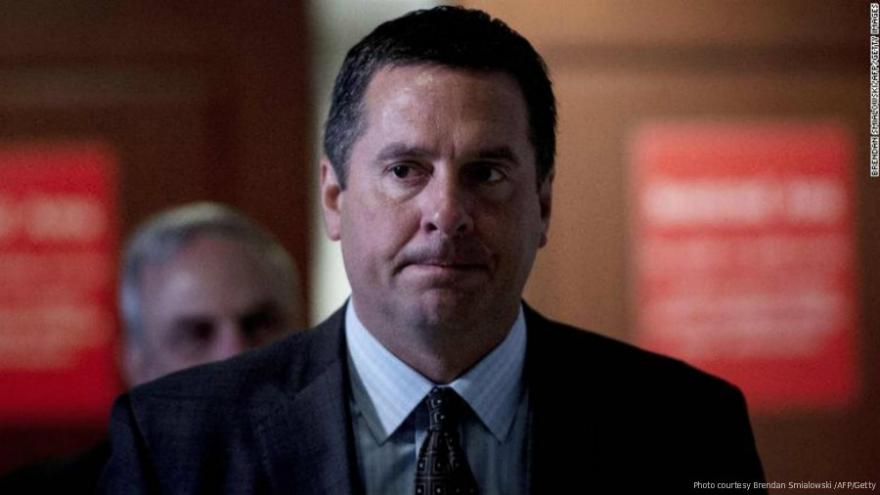 (CNN) -- The House Intelligence Committee voted Friday to release transcripts from more than 50 closed-door interviews from its Russia investigation, which will provide for the first time first-hand comments from some of President Donald Trump's senior aides addressing questions about potential collusion.

The committee took a bipartisan voice vote to release the transcripts from most of its Russia investigation interviews. They will not be released immediately, however, as the panel is sending them to the Office of the Director of National Intelligence to be scrubbed for classified information.

The Democratic motions were rejected on party-line votes, Schiff said, and Democrats ultimately joined their Republican colleagues to support releasing the 53 transcripts that were included.

In addition to hearing from the witnesses, the transcripts are also likely to detail the bitter partisan divisions that materialized during the panel's yearlong Russia interview, which Republicans wrapped up in March concluding that they found no evidence of collusion between Trump's team and Russia.

Democrats accused Republicans of failing to properly investigate, and they have continued to hold their own interviews without Republicans. Schiff said they may release those interview transcripts as well.

The committee has requested that the Executive Branch scrub all of the transcripts and then return them to the panel for release, Schiff said, adding it wasn't clear how long that process would take for the thousands of pages that will be submitted for review.

Schiff said that Democrats tried to get the committee to release the unclassified transcripts without being reviewed by the Executive Branch, but that motion was rejected on a party-line vote. Republicans also rejected a measure to immediately send all of the transcripts to special counsel Robert Mueller, Schiff said.

"We have suspicions that people testified before our committee falsely and committed perjury, and the special counsel is in the best position to determine on the basis of the additional information he has who might have perjured themselves."

Even with the bipartisan vote, the partisan tensions were still on display Friday. Democrats have been calling on the transcripts to be released for months, and they charged that Republicans weren't really interested in transparency as House Intelligence Chairman Devin Nunes had claimed.

"This is not transparency, only a further subterfuge," Schiff said.

Nunes declined to comment on the vote as he left the committee Friday.

Rep. Mike Conaway, the Texas Republican who ran the committee's Russia probe, said there was a reason they didn't include those transcripts. For Comey, Brennan and Rogers, he said they were closed hearings that were different from the other interviews.

"On Rohrabacher and Wasserman-Schultz, that was just more professional courtesy and trying to protect future equities of asking members to come down and testify behind closed doors," Conaway said.

"If he (Rohrabacher) is willing, and if Debbie Wasserman Schultz is willing, and she is, it sounds to me like courtesy is not a question," said Rep. Jim Himes of Connecticut.

Conaway said that the Republicans had decided they would release the transcripts all at once — rather than as they received them back from the executive branch.

"We'll get criticized for that. But you could also get criticized of putting it out piecemeal. There's no easy right answer," Conaway said. "All at once, then everybody's got the same gripe."