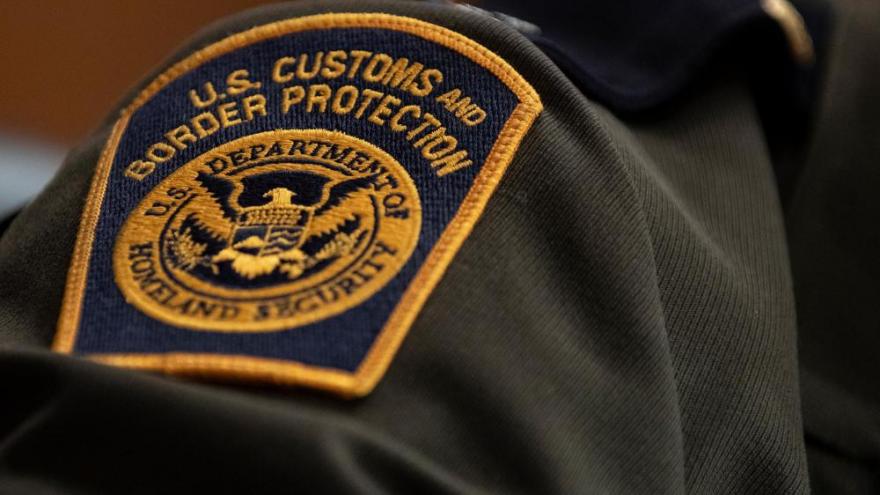 A U.S. Customs and Border Protection patch on the uniform of Rodolfo Karisch, Rio Grande Valley sector chief patrol agent for the U.S. Border Patrol, as he testifies during a U.S. Senate Homeland Security Committee hearing on April 9, 2019.

(CNN) -- The Democratic-led House Oversight Committee plans to subpoena US Customs and Border Protection for documents relating to inappropriate or derogatory social media posts or the Facebook groups that had such posts, according to a memo obtained by CNN.

Last year, media reports revealed the existence of secret Facebook groups with an apparent nexus to CBP that were discovered to contain vulgar and sexually explicit posts. One Facebook group, dubbed "I'm 10-15," was exposed by the investigative reporting group ProPublica and reportedly included current and former Border Patrol agents.

The revelations sparked public backlash and prompted investigations by lawmakers, as well as a review within the administration.

House Oversight Committee Chairwoman Carolyn Maloney criticized the border agency for not providing sufficient information to the committee about the incident, more than a year after the committee launched its investigation.

"Since that time, CBP has refused to produce any documents that identify these employees or the specific abuses they engaged in, instead choosing to withhold these documents or redact them to conceal this information from the Committee," Maloney wrote in a memo to committee members Friday.

"The agency investigated 138 cases of inappropriate social media activity beginning July 2019. Of those, the agency found that 63 allegations were unsubstantiated, four employees were removed from service, 38 employees were suspended without pay, and the remaining were disciplined with reprimands or counseling," an agency spokesperson told CNN in July.

While the agency shared similar information with the House Oversight Committee, Maloney is requesting more detailed information on the personnel who engaged in misconduct. The Trump administration, according to the memo, has withheld identifying information, citing privacy concerns.

In a statement Friday to CNN, a CBP official maintained the agency has provided documents, adding that some were publicly released by the committee without the agency's consent, and provided a number of briefings.

"CBP leadership has offered to personally brief members of this committee and, at the Committee's request, had made available certain individuals for transcribed interviews as well, though the Committee has not yet responded to these offers," the official said. "Since the beginning of this investigation, CBP's primary goal has been to provide transparency while still protecting the health and safety of our personnel, given the high degree of social unrest and the potential hostile targeting of employees for the nature of their employment."

Maloney also raised concern about reduced punishment for some employees, saying in the memo: "Moreover, based on the limited information produced to the Committee, it is evident that the Trump Administration significantly reduced the punishment of many of these employees, while at the same time shielding them from Congressional oversight."

The House Oversight Committee will issue a subpoena to compel acting CBP Commissioner Mark Morgan to turn over the requested documents by November 13.

This story has been updated with a statement from a Customs and Border Protection official.