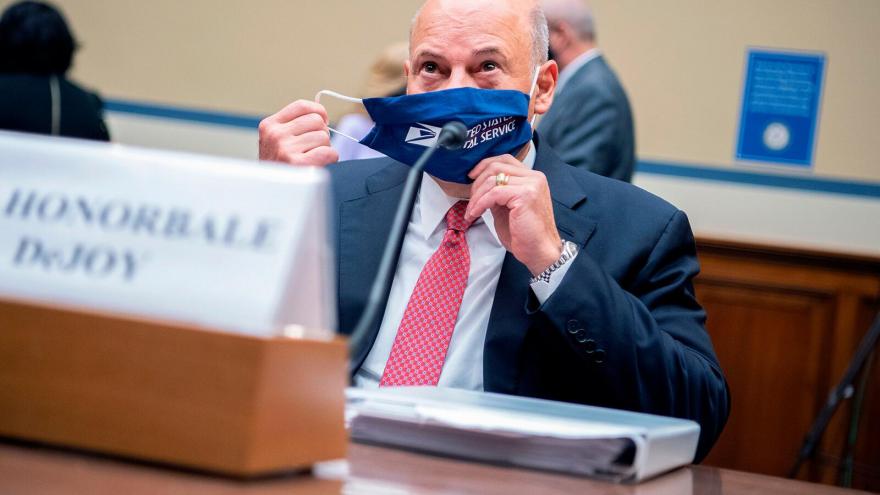 The committee, led by Democratic Rep. Carolyn Maloney of New York, says DeJoy has until September 16 to comply with the subpoena.

The US Postal Service responded to the subpoena in a statement, saying, "We fully intend to comply with our obligations under the law," but it also criticized the move.

"We remain surprised and confused by Chairwoman Maloney's insistence on issuing a subpoena to the Postal Service in the midst of ongoing dialogue with her staff on the House Committee on Oversight and Reform to produce information in an orderly fashion," the USPS statement said.

Two sources familiar with the relationship told CNN that DeJoy's staff had been in regular contact with the House Oversight Committee following the hearing last week.

CNN has not seen a copy of the subpoena.

Earlier this week, Maloney said she planned to subpoena DeJoy over documents she said DeJoy "has been withholding from Congress."

DeJoy testified in front of the committee last week. During the hearing, the committee requested documents on the changes made to the postal service that caused widespread delays across the country by August 26. According to a statement from the committee, no documents were produced, and, two days after the deadline, DeJoy sent a letter to the committee that said, "I trust my August 24 testimony before the Committee on Oversight and Reform clarified any outstanding questions you had."

DeJoy has said his staff has been in regular communication with the committee.