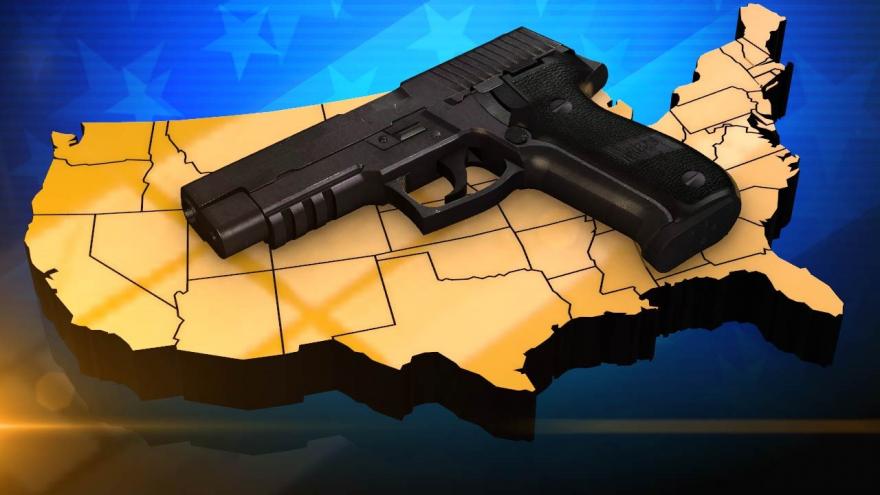 (CNN) -- The House of Representatives approved legislation Wednesday loosening gun regulations and allowing those with permits to carry concealed weapons to legally travel with those firearms to other states, a top priority of the National Rifle Association.

The bill passed mostly along party lines, 231-198, with six Democrats supporting it. Fourteen Republicans opposed the legislation, the first major firearms-related bill Congress has voted on since the massacres in Las Vegas and Texas earlier this year.

Republicans argued that Americans' Second Amendment rights to bear arms should not end when they cross state lines.

"The Bill of Rights is not a philosophical exercise," Georgia GOP Rep. Doug Collins, who personally had a concealed carry permit for what described as self-defense reasons. "I don't think that right should be undermined simply because I travel to another state."

Rep. Alcee Hastings, a Florida Democrat, called the bill "a disgraceful handout to the powerful gun lobby and gun manufacturers," and said the party's initials "GOP" should stand for "guns over people."

The NRA had fiercely lobbied for its passing.

"This vote marks a watershed moment for Second Amendment rights," said NRA executive director for legislative action Chris Cox. "The Concealed Carry Reciprocity Act is the culmination of a 30-year movement recognizing the right of all law-abiding Americans to defend themselves, and their loved ones, including when they cross state lines."

North Carolina GOP Rep. Richard Hudson, the author of the bill, recounted a story on the House floor about a woman from Pennsylvania with no criminal record who held a concealed carry permit for her pistol, which was not recognized when she traveled to New Jersey, and was later jailed.

"Are you serious? We have to make sure that never happens again," Hudson said. He compared concealed carry permits to marriage licenses or divorce decrees, and drivers' licenses, which are recognized in other states.

Connecticut Democratic Rep. Elizabeth Esty, who represents Newtown, where nearly five years ago 20 elementary school children and six teachers were murdered in a mass shooting, called the bill "an outrage and an insult to the families" of those killed by gun violence.

Wednesday's vote marked the first time since Newtown that the House took up any significant gun legislation, something several Democrats raised, citing recent mass shootings in Las Vegas and Texas without any action on proposals related to those incidents.

Many Democrats were also incensed that the bill was merged with two other measures with bipartisan support. One would fill in holes in the National Criminal Instant Background Check system (NCIS) that were highlighted after a mass shooting at a Texas church last month, in which the gunman, a former Air Force member, was able to buy guns even though he had a criminal record that the military failed to report to the database.

The other would direct the Bureau of Justice Statistics to study all crimes involving firearms and report back to Congress in six months about how many involved weapons with "bump fire stocks," accessories that can allow semi-automatic weapons guns to fire at a rate similar automatic ones. The shooter responsible for killing 58 people and injuring nearly 500 more attending a Las Vegas concert in October used bump stocks to direct large amounts of ammunition on the crowd, and members from both parties have called for ban on them.

Hastings predicted the measure was "going nowhere" in the Senate, where Republicans control the chamber but would need backing from eight Democrats to avoid a filibuster.

Texas Sen. John Cornyn, the number two Senate GOP Leader, said on Monday that merging the gun bills complicated the path forward in the Senate and suggested splitting off the background check fix. He has a bipartisan bill on that issue with Connecticut Sen. Chris Murphy.

"I support both of those bills but I recognize that if you combine them it makes it a lot harder to pass the consensus bill which is the fix NICS bill," Cornyn said. "And I think it's important enough that we ought to handle those sequentially, would be my advice."