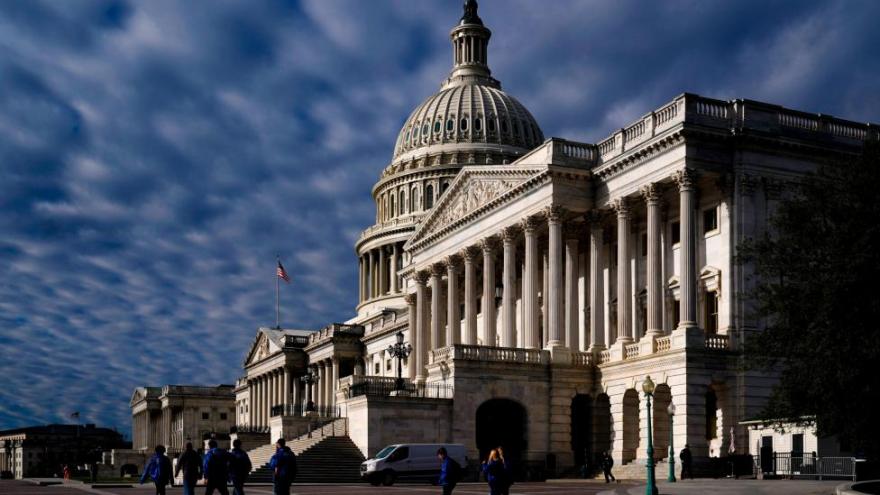 (CNN) -- The House has voted with a slim bipartisan majority to federally decriminalize marijuana.

The vote was 220 to 204. Republicans Tom McClintock of California, Brian Mast and Matt Gaetz, both of Florida, joined the majority of Democrats in supporting the bill, while Democrats Henry Cuellar of Texas and Chris Pappas of New Hampshire voted against.

The bill, sponsored by Democratic Rep. Jerry Nadler of New York, will prevent federal agencies from denying federal workers security clearances for cannabis use, and will allow the Veterans' Administration to recommend medical marijuana to veterans living with posttraumatic stress disorder, plus gains revenue by authorizing a sales tax on marijuana sales.

The bill also expunges the record of people convicted of non-violent cannabis offenses, which House Majority Leader Steny Hoyer said, "can haunt people of color and impact the trajectory of their lives and career indefinitely."

Senate Democrats have a similar legalization bill in the upper chamber, but neither that bill nor the House-passed MORE Act is expected to clear the 60-vote threshold for passage in the Senate.

House Speaker Nancy Pelosi praised the legislation during her weekly news conference Thursday, telling reporters the legislation is "consistent with what is happening in many states across the country."

"It also addresses the injustices of it because of what penalties had been before some of these, this decriminalization took place," she added. "So I'm all for it."

A similar bill was passed in December 2020, and was championed in the House by the late Rep. Don Young of Alaska, who was a co-founder of the House Cannabis Caucus, but died last month before the bill made it to the floor for another vote.