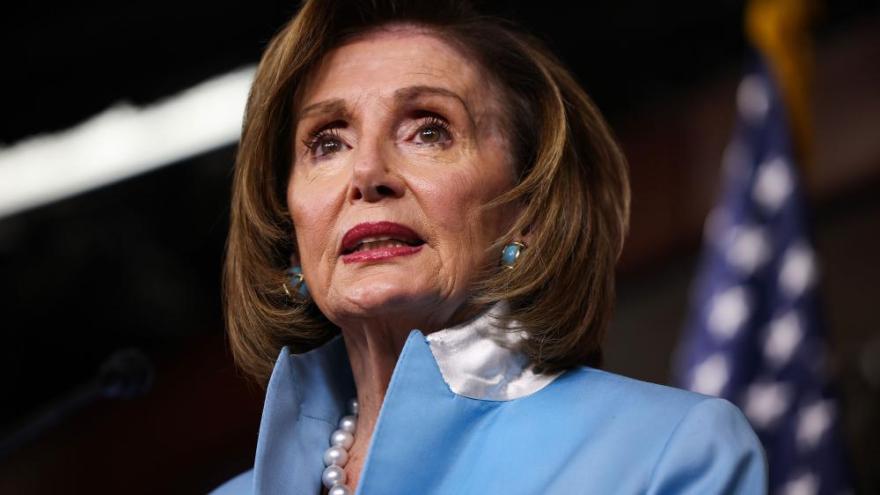 The House is expected to pass a bipartisan bill on June 24 to address gun violence that will amount to the first major federal gun safety legislation in decades.

The bill amounts to the first major federal gun safety legislation in decades and marks a significant bipartisan breakthrough on one of the most contentious policy issues in Washington.

The measure includes millions of dollars for mental health, school safety, crisis intervention programs and incentives for states to include juvenile records in the National Instant Criminal Background Check System.

It also makes significant changes to the process when someone ages 18 to 21 goes to buy a firearm and closes the so-called boyfriend loophole, a victory for Democrats, who have long fought for that.

The package represents the most significant new federal legislation to address gun violence since the expired 10-year assault weapons ban of 1994 -- though it fails to ban any weapons and falls far short of what Democrats and polls show most Americans want to see.

Securing a bipartisan agreement on major gun legislation has been notoriously difficult for lawmakers in recent years even in the face of countless mass shootings across the country.

Democrats in particular have been quick to celebrate the bipartisan gun deal since action to address gun violence is a major priority for the party.

But the bill's passage in the House was overshadowed on Friday by the news that the Supreme Court had overturned Roe v. Wade, holding that there is no longer a federal constitutional right to an abortion.

The opinion is the most consequential Supreme Court decision in decades and will transform the landscape of women's reproductive health in America.

It came one day after the Supreme Court struck down a New York gun law enacted more than a century ago that places restrictions on carrying a concealed handgun outside the home.

The rulings once again highlight the limited power of the Democratic party, despite it controlling both branches of Congress and the White House.

Despite broad bipartisan support for the bill in the Senate, top House Republican leaders came out in opposition to the bill and urged their members to vote "no."

Fourteen House Republicans voted for the bill, however. They included:

The bill passed the Senate on Thursday with 15 Republicans joining Democrats in support. The final tally was 65-33.

The legislation came together in the aftermath of recent mass shootings at a Uvalde, Texas, elementary school and a Buffalo, New York, supermarket that was in a predominantly Black neighborhood.

A bipartisan group of negotiators set to work in the Senate and unveiled legislative text on Tuesday. The bill -- titled the Bipartisan Safer Communities Act -- was released by Republican Sens. John Cornyn of Texas and Thom Tillis of North Carolina and Democratic Sens. Chris Murphy of Connecticut and Kyrsten Sinema of Arizona.

Lawmakers then raced to pass the bill before they left Washington for the July Fourth recess.

As lawmakers searched for a compromise, there were points at which it was not clear whether the effort would succeed or fall apart. But while the bipartisan effort appeared to be on thin ice after several key sticking points emerged, ultimately negotiators were able to resolve issues that arose.

Key provisions in the bill

This bill closes a years-old loophole in domestic violence law -- the "boyfriend loophole" -- which barred individuals who have been convicted of domestic violence crimes against spouses, partners with whom they shared children or partners with whom they cohabitated from having guns. Old statutes didn't include intimate partners who may not live together, be married or share children. Now the law will bar from having a gun anyone who is convicted of a domestic violence crime against someone they have a "continuing serious relationship of a romantic or intimate nature."

The law isn't retroactive. It will, however, allow those convicted of misdemeanor domestic violence crimes to restore their gun rights after five years if they haven't committed other crimes.

The bill encourages states to include juvenile records in the National Instant Criminal Background Check System with grants as well as implements a new protocol for checking those records.

The bill goes after individuals who sell guns as primary sources of income but have previously evaded registering as federally licensed firearms dealers. It also increases funding for mental health programs and school security.