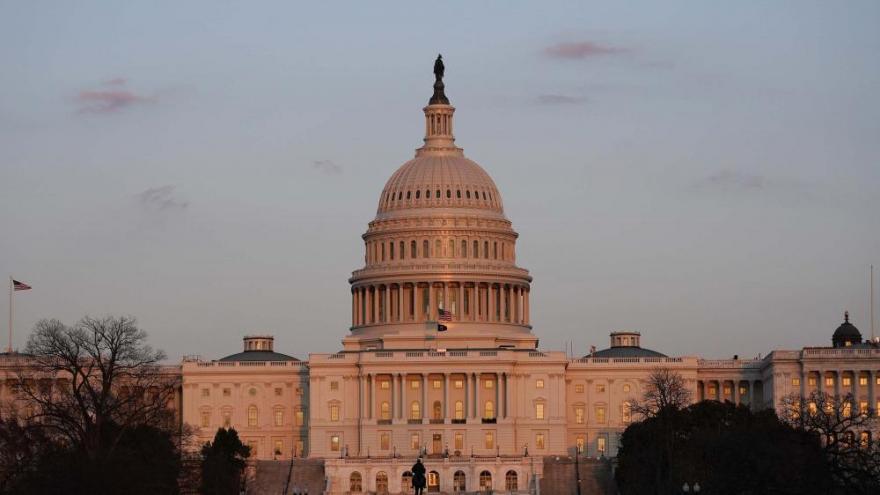 (CNN) -- The House on Tuesday passed a sweeping child abuse prevention bill, setting up deliberations in the Senate as experts and advocates raise alarm about unreported abuse during the coronavirus pandemic.

The Stronger Child Abuse Prevention and Treatment Act, which cleared the House by 345-73, represents a legislative overhaul of the flagship bill addressing child welfare in the US. The new legislation would require the US Department of Health and Human Services to establish national standards for tracking and reporting child fatalities along with near-fatalities as a result of maltreatment.

The bill would also set up an electronic infrastructure for states to share information from their respective child abuse and neglect registries.

Democratic Rep. Bobby Scott of Virginia, who introduced the legislation in January, touted the bill in a statement Tuesday evening as "the bipartisan solution we need to not only better treat child abuse and neglect but prevent maltreatment from happening in the first place."

"Our bipartisan effort to pass this bill again this year demonstrates that -- no matter our party affiliations -- we can all agree that Congress must do more to support children and families," he said.

The legislation was originally set for a vote earlier this month before Republican Rep. Marjorie Taylor Greene of Georgia and several members of the House Freedom Caucus asked for a roll call vote on a series of noncontroversial suspension bills, including this one.

Though efforts to pass the legislation began before the pandemic, family welfare advocates have looked to it with increasing urgency alongside rising concern for at-risk kids during the outbreak. Figures provided to CNN from states across the country in the early months of the pandemic showed significant drops in child abuse reports as social distancing measures kept kids out of school.

And a December analysis from the US Centers for Disease Control and Prevention reported that visits to the emergency room for cases of child abuse and neglect of children under 18 years of age dropped by 53% in mid-March 2020 compared with the same time frame in 2019.

While those drops would usually be welcome news, experts say the declines might really mean more cases are going unnoticed.

"If we do not develop a national plan to meet these children and families in their moment of crisis, we will be a country cruelly complicit in our apathy," Daphne Young, chief communications officer for the child welfare group Childhelp, previously told CNN.

The bill had died in the last Congress after failing to get a vote in the Senate. But Scott told CNN before he reintroduced the bill that he's confident the new Democratic majority in the chamber will bring a different outcome.

"In the new Senate you have a new majority leader and I'm confident that Leader (Chuck) Schumer will bring it up for a vote," he said.

"There's overwhelming support for the legislation."