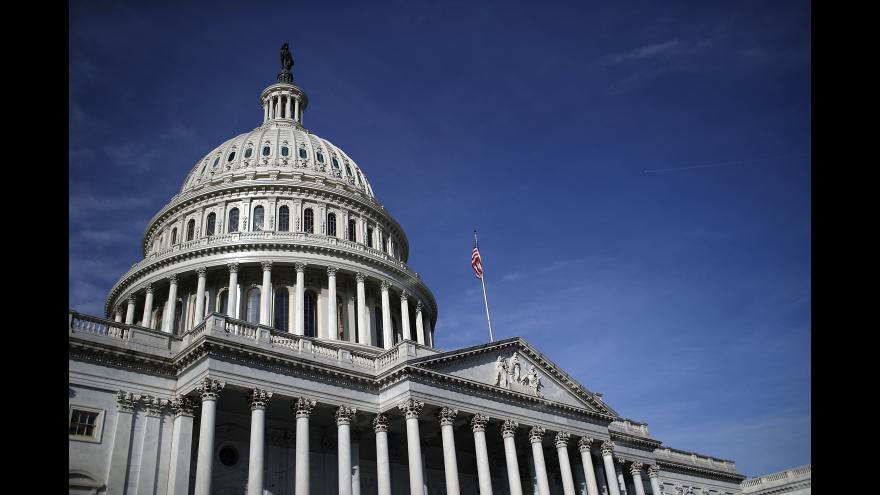 The House voted on June 8 223-204 to pass a wide-ranging package of gun control legislation called the "Protecting Our Kids Act," after lawmakers faced intense pressure to act in the wake of recent mass shootings.

(CNN) -- The House voted Wednesday 223-204 to pass a wide-ranging package of gun control legislation called the "Protecting Our Kids Act," after lawmakers faced intense pressure to act in the wake of recent mass shootings.

The measure is not expected to pass the Senate, however, amid widespread GOP opposition to stricter gun control. A bipartisan group of senators is engaging in talks in an attempt to find common ground on gun policy, but it is still unclear what, if anything, will come of the effort.

The legislation that passed in the House includes a series of individual bills aimed at preventing gun violence. The measure would raise the legal age to buy certain semiautomatic centerfire rifles from 18 to 21 years old, establish new federal offenses for gun trafficking and for selling large-capacity magazines, and allow local governments to compensate individuals who surrender such magazines through a buyback program. It would create a tax incentive for retail sales of safe storage devices and criminal penalties for breaking new requirements regulating firearm storage on residential premises. The measure would also take steps to strengthen existing federal regulations on bump stocks and ghost guns.

"We are on a crusade for the children, and -- sadly now -- by the children. Children testifying in committee," House Speaker Nancy Pelosi said during the floor debate in the House chamber, referencing Robb Elementary School fourth-grader Miah Cerrillo, who offered videotaped testimony before the House Judiciary Committee on Wednesday morning. "America has lost more children from gun violence than any other cause. Does that embarrass you? To think that in our country, more children have died from gun violence than any other cause? These stories are tragically all too common in America today."

Pelosi had requested in a Dear Colleague letter that her fellow Democrats be present in the chamber during the floor debate, but only about a quarter of the caucus was present as the debate began.

House Republicans railed against the legislation, describing the package as trampling on Americans' rights.

"Here they come -- going after law-abiding citizens' Second Amendment liberties," Ohio Rep. Jim Jordan said. "The speaker started by saying this bill is about protecting our kids. That is important. ... That's what she said, 'protecting our kids is important.' Yes, it is. But this bill doesn't do it. What this bill does is take away second amendment rights, God-given rights, protected by our Constitution from law-abiding American citizens. That's what this legislation does, and that's why we should oppose it."

Prior to the debate, the House took a procedural vote that also deemed as passed a resolution by Democratic Rep. Jamaal Bowman of New York condemning the Buffalo mass shooting, and resolving that "the Great Replacement Theory as a White supremacist conspiracy theory, and reaffirming the House of Representatives commitment to combating White supremacy, hatred, and racial injustice." His resolution also called out "many individuals in positions of power and media institutions with widely viewed public platforms" who have contributed to the normalization and legitimization of the underlying principles of the Great Replacement Theory."

When asked why he didn't insist on a separate floor vote on his resolution, Bowman said that "the bottom line for us is that the resolution passes, however it comes to the floor."

"It's something that is really important for Congress to take a position," he said.