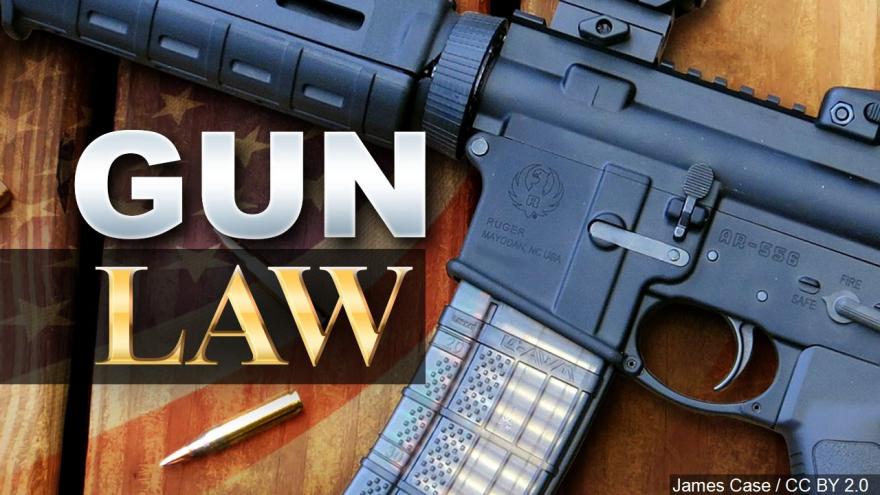 (CNN) -- The House of Representatives will vote Wednesday on significant gun control legislation for the first time in more than two decades, a move that Democrats hope will increase a pressure campaign for a vote in the Senate.

The universal background check bill, H.R. 8, will come to the floor for a vote and is expected to pass with the Democratic majority. The legislation would require background checks on all firearm sales in the country. Currently, only licensed gun dealers have to perform background checks for anyone seeking to purchase a firearm. Most unlicensed sellers do not; H.R. 8 would make that illegal. There are exemptions to the law like "gifts to family members and transfers for hunting, target shooting, and self-defense," according to the House Judiciary Committee website.

The bill, sponsored by a bipartisan duo of Reps. Mike Thompson, a California Democrat, and Peter King, a New York Republican, remains an outlier right now in the House since it has bipartisan support. Most of the legislation related to gun control has been sponsored by Democrats.

Four other Republicans co-sponsored the bill: Brian Mast of Florida, Brian Fitzpatrick of Pennsylvania, Chris Smith of New Jersey and Fred Upton of Michigan. King told CNN on Tuesday that he may get a few more Republican colleagues to vote for the measure, but "no more than a handful."

At a 25-year anniversary party for the gun control group the Brady Campaign on Tuesday evening, House Speaker Nancy Pelosi expressed confidence that the universal background checks bill would pass the House of Representatives. At the event, Pelosi also recalled her her efforts with Senate Minority Leader Chuck Schumer in the 1990s on gun control as "hard," but a "triumph that saved millions of lives."

"Tomorrow we're going to send him the background check legislation," Pelosi said to her Senate colleague with a wide smile.

Schumer predicted that the country is on the "precipice of great change" on the issue of gun safety.

Democrats, including Pelosi, have made this a top policy priority in the new Congress, staging public hearings on the topic which had not been held for years in Congress. The legislation also has the backing of a multitude of outside groups, including the former congresswoman and gun control advocate Gabby Giffords, the Brady Campaign, Everytown for Gun Safety and Moms Demand Action.

Once it passes the House, the bill will move to the Senate, where it is unlikely to pass in the Republican-majority chamber when legislation often needs 60 or more votes to advance.

On Tuesday, King urged his Senate colleagues to consider the bill.

"I would think that they should let it come to a vote," he said, adding that the average American supports the universal background checks bill.

"This is not going to affect more than probably less than 1% of the American people and the ones it will affect either suffer from mental illness or are criminals. So to me, it's a phony issue being raised by some of the gun groups," he said.

Despite pressure from the House, Senate Republicans are unlikely to take up the legislation, according to a member of Senate leadership.

Majority Whip John Thune -- the second ranking Republican in the chamber -- told CNN on Tuesday that it's "unlikely" that the Senate will take up the bill for debate soon.

Thune pointed to the National Instant Criminal Background Check System modernization bill that the Senate approved last year. That legislation -- which was sponsored by Republican John Cornyn and Democrat Chris Murphy -- improved reporting to the national background check system. In the simplest terms, the bill didn't strengthen background checks but instead incentivized state and federal authorities to report more data to the database.

"I think that we've dealt with that issue here," he said of last year's efforts.

Another sign of coordinated efforts around the vote: Gun control group Everytown is dumping $400,000 into advertisement purchasing and sponsorships with media outlets and targeted ads on Facebook asking people to contact their representative about the bill, according to a spokesperson for the group.