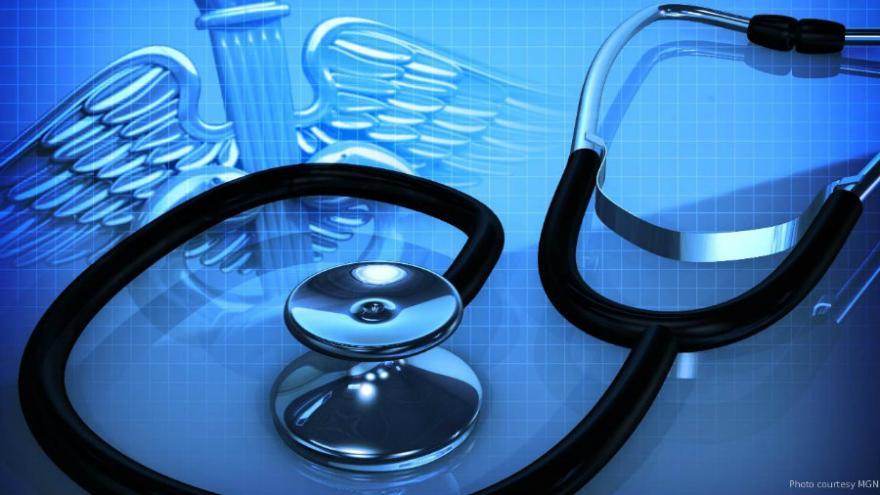 (CNN) -- The US House of Representatives is expected to vote on legislation today that could give terminally ill patients the right to seek drugs that are still experimental and not fully approved by the US Food and Drug Administration.

If the House votes in favor of the bill, which the Senate passed in August, it will be sent to President Trump, who is expected to sign it.

The House passed its own version of the bill in March after making changes to the Senate bill, which would have required the Senate to vote anew. But House Republicans announced a change of course last week, saying they would vote on the Senate bill.

"It is time for the House to do what Senate Democrats won't and send a right-to-try bill to the President's desk, bringing hope to terminally-ill patients across the country," House Energy and Commerce Committee Chairman Greg Walden said in a statement Thursday, when the vote was announced.

The bill would give terminally ill patients the right to seek drug treatments that remain in clinical trials and have passed phase one of the FDA's approval process, but have not been fully approved.

Trump has expressed his support for right-to-try legislation and is expected to sign the measure into law.

"We also believe that patients with terminal conditions should have access to experimental treatments that could potentially save their lives," he said in his 2018 State of the Union address.

"It is time for the Congress to give these wonderful Americans the 'right to try,' " Trump said.

"This issue is about real people who are terminally ill, facing the end of the line, and want to have one more shot at life," said Starlee Coleman, senior policy adviser at the Goldwater Institute, a conservative public policy think tank based in Phoenix that supports right-to-try legislation.

If the federal legislation changes, Coleman argues, patients in states without these laws could save time accessing experimental treatments by eliminating FDA application requirements.

"You don't have to file an application with the federal government. You just get to work directly with your doctor and a drug company if you meet the criteria," Coleman said.

Opponents say the bill won't have a major impact on accessing treatments; on the contrary, it could have a detrimental effect on how the FDA safeguards people's health.

"The law is ... targeting the wrong obstacle," said Art Caplan, director of the Division of Medical Ethics at the New York University School of Medicine. "It's basically saying the FDA is in the way, and that's why people can't try unapproved medicines."

"It's companies that control access to their drugs," he added.

For decades, there have been measures in place for terminally ill patients to access experimental medical products outside clinical trials. These measures are often referred to as expanded-access policies or compassionate use.

"I'm in favor of pathways that allow patients with terminal disease to get access to products that might be in development," FDA Commissioner Dr. Scott Gottlieb told CNN Chief Medical Correspondent Dr. Sanjay Gupta in April. "That's why we have an expanded-access pathway."

About 99% of submitted applications for expanded access to almost 9,000 investigational drugs were allowed to proceed over a 10-year period between January 2005 and December 2014, according to a study by FDA researchers, published in the journal Therapeutic Innovation & Regulatory Science in 2016.

Caplan said, "I think the FDA does fine with compassionate use requests. But let's be clear: FDA doesn't do anything until a doctor goes to a company -- say, a big pharmaceutical company -- and the company says, 'We're going to give you the drug.' If they don't say yes, there is no FDA. So let's be clear where the obstacles are."

It is unclear how many people have taken advantage of right-to-try laws because the vast majority of states do not have central reporting requirements, Coleman said.

She also said there's no guarantee that insurance companies would pay for these treatments, and she has seen both outcomes at the state level. The legislation, she said, "is really about giving patients control over the treatments and the options that they have at the end of their life" when they have "exhausted all available treatment options and ... cannot qualify for a clinical trial."

Some doctors worry that removing the FDA from the equation leaves too much uncertainty surrounding drugs that haven't been tested -- especially when it comes to medically fragile patients taking drugs with unknown risks and benefits.

"The rest of us doctors are kind of flying blind with respect to things like how much of the drug to give, how to give it, what kind of side effects to look for," Dr. Steven Joffe, professor in medical ethics and health policy at the University of Pennsylvania's Perelman School of Medicine, previously told CNN. "So by cutting the FDA out of the loop, you are failing to take advantage of the knowledge that it has about how to use the drug.

"About 10% of the time, the FDA, when it gets requests for expanded access, will say, 'Yes, but here's the way you can do it more safely' or 'here's the side effects to look out for,' " he said, referencing an agency document about patient access to investigational drugs.

Even the bill's opponents, though, have found some positives about the right-to-try push -- including more data about experimental drugs and greater awareness about other options for the terminally ill.

"I think the publicity helps and lets more people know 'maybe there's a last ditch thing I ought to pursue,' " Caplan said.

"But at the end of the day, creating a world in which you say there's a right to try, if it's nothing more than a right to beg a company, that right already exists, and you're really not doing much to help anybody gain access to much of anything."