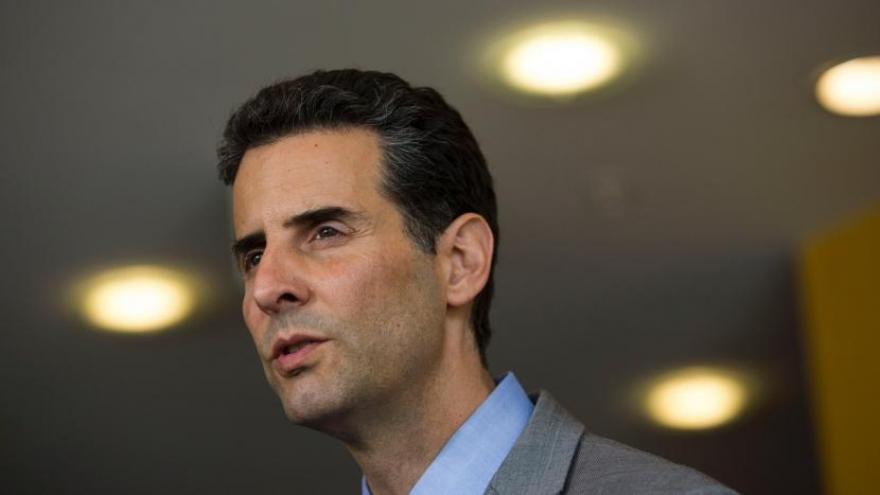 The House is expected to vote March 3, on HR 1, a sweeping government, ethics and election bill that Democrats have made a signature legislative priority.

(CNN) -- The Democratic-led House on Wednesday approved HR 1, a sweeping government, ethics and election bill that, among other things, would counter state-level Republican efforts to restrict voting access.

Democrats describe the package as anti-corruption legislation that would expand voting access and improve accountability and transparency in Washington.

Republicans, however, argue that the legislation limits political speech and represents an overreach and a federal power grab that Democrats are advancing in an effort to gain an advantage in elections. House Republicans have urged their members to vote against it.

Acting on former President Donald Trump's false claims of a rigged 2020 election and widespread fraud, Republican-controlled states are advancing state bills that would make it harder to vote by imposing new voter ID requirements and curbing access to early and mail-in voting that several states adopted or expanded last year to prevent the spread of Covid-19.

As of February, state legislators in 43 states had introduced more than 250 bills with restrictive voting provisions, according to a tally from the Brennan Center for Justice at New York University.

These state measures and the fight over the federal voting bill come as the 2022 midterm elections loom large, along with the redrawing of legislative districts that will shape control of Congress for years to come.

"I don't think the urgency has ever been greater," Rep. John Sarbanes of Maryland, who led the effort to pass the legislation, told CNN in an interview. "When you look at what Republicans are doing across the country in statehouses to roll back access to the ballot box, we need to do what we can to establish baseline standards and best practices that allow people to register and vote in America without it being an obstacle course for them."

"All of these things are designed to restore people's faith in democracy at a time when we can see with our own eyes that things are pretty shaky," the congressman said.

House Majority Leader Steny Hoyer, a Maryland Democrat, similarly told reporters Tuesday, "We believe that HR 1 needs to pass because the Republican state legislators, concerned about their losses, either in their own states or in the country, are again upping their efforts to make it more difficult for people to vote."

In a letter to congressional leaders Wednesday, 20 Republican attorneys general, including those from swing states Florida and Georgia, wrote that "the 2020 general elections generated mass confusion and distrust—problems that the Act would only exacerbate."

Arguing that the bill "usurps states' authority over elections," the group of conservative attorneys general vowed to pursue legal remedies if the bill is signed into law.

Likely to hit a roadblock in Senate

HR 1 passed the House during the last Congress after Democrats won back the majority, but it failed to advance in the Republican-controlled Senate. Now, Democrats also control the White House and the Senate, but it is still likely to hit a roadblock in the Senate, where it's not clear there would be enough Republican support to overcome a filibuster.

The legislation is largely the same as the version that passed during the last Congress. It would bar states from restricting the ability to vote by mail and, among other provisions, call for states to use independent redistricting commissions to create congressional district boundaries.

The new bill also includes measures to protect against foreign interference in elections.

Despite the narrow Senate majority, which limits what Democrats can do in the chamber, Sarbanes said he is "optimistic about the path" forward.

"I think that our responsibility in the House is to put as much power behind this effort as we possibly can with a strong vote," he said. "I think if there's the will, and I believe there is the will ... then there should be a way to get this done."

The congressman added, "We have to take advantage of this moment, and I think there will be an appreciation of that in the United States Senate. We'll see if it can be done on a bipartisan basis. If not, then I think it makes sense to step back and reevaluate the filibuster and whether that makes sense and figure out if there's another path forward."

Key provisions of the legislation

The legislative package calls for far-reaching ethics and government changes that would impact Congress, the president and even the Supreme Court.

It would institute an ethics code for the US Supreme Court that would apply to justices and would implement measures intended to prevent presidential conflicts of interest.

HR 1 would ban congressional lawmakers from sitting on corporate boards. It would also stop lawmakers from using taxpayer money to reach settlements in employment discrimination cases stemming from their own actions.

The bill also takes aim at Citizens United, the landmark 2010 Supreme Court decision, by calling for a constitutional amendment to overturn the ruling, which opened the door to unlimited spending by corporations and unions to influence elections.

Rep. Bennie Thompson of Mississippi was the lone Democrat to oppose HR 1.

"My constituents opposed the redistricting portion of the bill as well as the section on public finances. I always listen and vote in the interest of my constituents," Thompson said in a statement provided to CNN, explaining his decision to vote against the bill.

This story and headline have been updated with additional developments and background information.