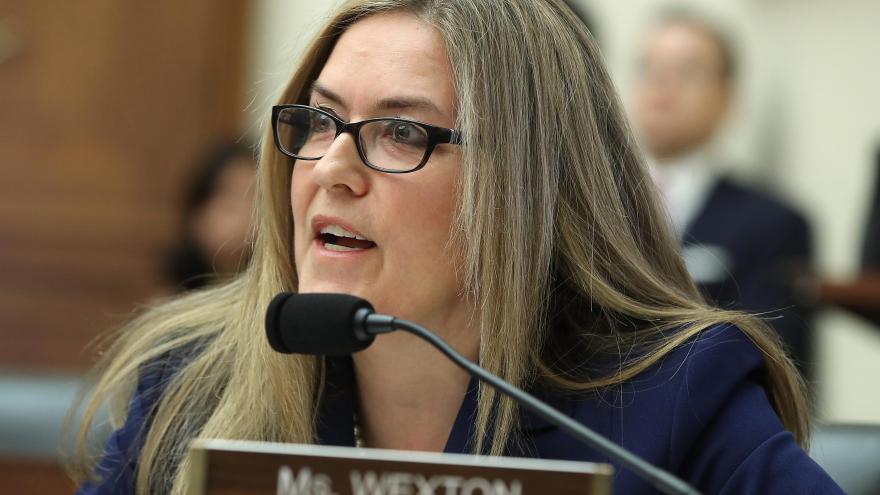 (CNN) -- The House of Representatives voted on Thursday to approve a resolution to eliminate a deadline for states to ratify the Equal Rights Amendment, which would ban discrimination on the basis of sex and guarantee equality for women under the Constitution.

The measure, sponsored by Democratic Rep. Jackie Speier of California, passed the House largely along party lines by a vote of 232-183. Five Republicans voted in support, including Rep. Brian Fitzpatrick of Pennsylvania, Tom Reed of New York and Jeff Van Drew of New Jersey.

Senate Majority Leader Mitch McConnell has given no indication that the Senate would take up the resolution, but the House vote will still serve to revive the debate over the Equal Rights Amendment and inject new life into the decades-long fight over whether it should be added to the Constitution.

"There shouldn't be a deadline on equality and our long march to full equality under the law is finally coming to fruition," Democratic Rep. Jennifer Wexton of Virginia, who presided over floor debate in the House on Thursday for the resolution, told CNN.

At the beginning of her weekly press conference, House Speaker Nancy Pelosi praised the resolution and the vote.

"It's a historic day. It's a happy day," she said. "When women succeed, America succeeds. That's what we believe, and that's what we're acting on today."

As speaker, Pelosi rarely votes on the House floor, but she indicated she planned to vote for the ERA measure. "I welcome the opportunity to cast a vote to end discrimination on the basis of sex," she told reporters.

The resolution the House passed on Thursday would eliminate that 1982 deadline, which has been described as arbitrary by supporters of the Equal Rights Amendment. Congress initially set a 1979 deadline for ratification, but later extended the deadline to 1982.

A spotlight on the proposed constitutional amendment in Congress comes in the wake of a milestone in the Equal Rights Amendment fight when Virginia last month became the 38th state to ratify the amendment.

Wexton, who pushed for passage of the Equal Rights Amendment when she served in the Virginia state legislature, called the state's ratification of the proposed amendment "a very long time coming."

"The message is clear that Virginia women and American women are not going away and we're demanding equality under the law," the congresswoman said.

The historic vote in Virginia set the stage, however, for a new fight over the fate of the amendment.

Supporters have argued that the Equal Rights Amendment should now be certified as part of the Constitution.

Opponents, however, have pointed to the expired deadline as well as the fact that several states that formerly passed the amendment decades ago have since rescinded support to argue that the window for ratifying the amendment has closed.

The Justice Department made a similar argument when its Office of Legal Counsel concluded last month that because the deadline has expired the amendment is "no longer pending before the states."

Justice Ruth Bader Ginsburg, a long-time supporter of the Equal Rights Amendment, also suggested recently that the deadline to ratify the measure has expired and that the decades long effort must start anew.

"I would like to see a new beginning," Ginsburg told an audience at Georgetown University Law Center. "I'd like it to start over," she added.

Some congressional Republicans have pointed to the comments from the Supreme Court justice.

Lesko argued in her floor speech that "the proposed amendment expired and is therefore no longer pending," going on to say that as a result, it "can no longer be ratified because it no longer exists."

McConnell was asked during a press conference earlier this month if he would put a resolution to remove the ratification deadline on the Senate floor.