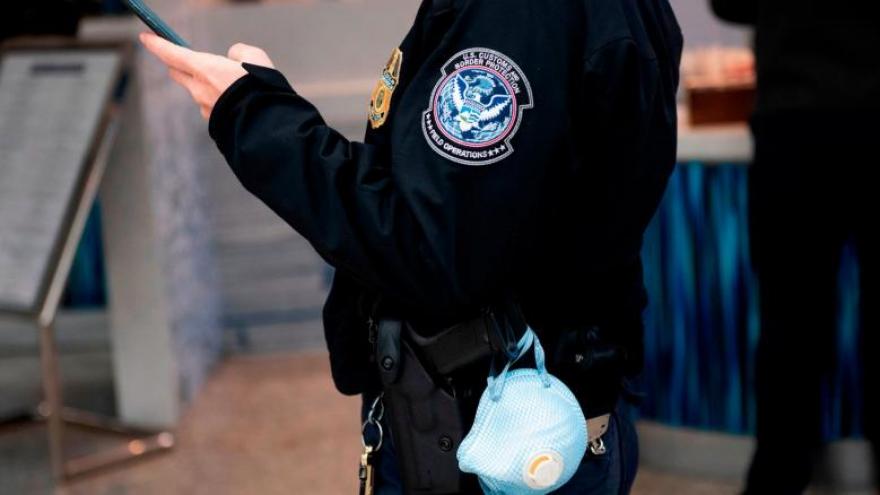 House Democrats voted to approve a measure that would repeal the Trump administration's controversial travel ban, a signature policy of the President the administration defends as necessary for national security, but Democrats argue discriminates on the basis of religion.

(CNN) -- House Democrats voted on Wednesday to approve a measure that would repeal the Trump administration's controversial travel ban, a signature policy of the President the administration defends as necessary for national security, but Democrats argue discriminates on the basis of religion.

The vote was 233-183 and broke down largely along party lines.

The measure is not expected to be taken up in the Republican-controlled Senate, but its passage is a chance for Democrats to make a statement in opposition to a policy that restricts immigration from a number of Muslim-majority and African countries.

"It is cruel and unjust to have this ban," Democratic Rep. Judy Chu of California, the House lead sponsor of the bill, told CNN in an interview. "This is the first bill passed out of the House that would uphold the civil rights of Muslim Americans. I am very proud that we are taking this step today. It is historic and it is only right."

The travel ban was imposed by the President for the first time not long after taking office and was expanded earlier this year to include six new countries. The ban has been derided by critics as an attempt to ban Muslims from the US. Its first iteration caused chaos at airports and faced swift backlash. The administration has argued that the travel ban is vital to national security and ensures countries meet US security needs.

The House voted on a measure that would repeal previous and current iterations of the ban, including the expansion that went into effect in February imposing immigration restrictions on Nigeria, Eritrea, Tanzania, Sudan, Kyrgyzstan and Myanmar.

House Democrats had originally planned to vote to repeal the ban in March, but the bill was pulled from the schedule as the coronavirus pandemic intensified and the legislative agenda shifted to focus on efforts to respond to the unfolding crisis.

At the time, House Republicans had called for the bill to be pulled, arguing that it would make it harder to prevent people from coming to the US from countries that had become coronavirus hotspots.

The measure, however, includes language to ensure that it would not impact the ability of the US to respond to public health crises such as the coronavirus pandemic.

It grants the President temporary authority to suspend and impose restrictions on entry of anyone determined to "undermine the security or public safety of the United States," a provision that Democrats say would allow for any necessary action to be taken to protect American citizens during the pandemic.

The original text of the legislation was also amended to further underscore that point by stating that its public safety provision "includes efforts necessary to contain a communicable disease of public health significance," such as Covid-19.

"This would not prevent action in the case of a disease like Covid-19 where public health is threatened," Chu said.

In addition to terminating the travel ban already on the books, the measure would rein in executive branch authority to impose future travel restrictions and would prohibit future bans on the basis of religion.

If the measure were enacted, the President would be able to temporarily suspend or impose restrictions on entry if the secretary of state in consultation with the secretary of homeland security determines "based on specific and credible facts" that entry of the group of individuals in question "would undermine the security or public safety of the United States or the preservation of human rights, democratic processes or institutions, or international stability."

In 2018, the Supreme Court upheld the third version of the travel ban. Challengers, including the state of Hawaii, argued that the travel ban exceeded the President's authority under immigration law as well as the Constitution. They also used Trump's statements during the campaign, when he called for a ban on travel from all Muslim-majority countries, but Chief Justice John Roberts dismissed those concerns.

The ruling sent a strong message from the court that Trump has broad powers under immigration law to act to protect national security and that statements made during a campaign may not be legally determinative of the President's intent.

"The Proclamation is squarely within the scope of Presidential authority," Roberts wrote.

House Democrats used a procedural maneuver in an effort to ensure the measure passes without issue.

The measure was approved as part of a separate piece of legislation, a maneuver that prevented House Republicans from offering what is known as a motion to recommit, which creates an opportunity for members who oppose the underlying measure to force a separate vote on language that might derail its passage.