How a NASA astronaut fulfilled this 9/11 victim's space dream 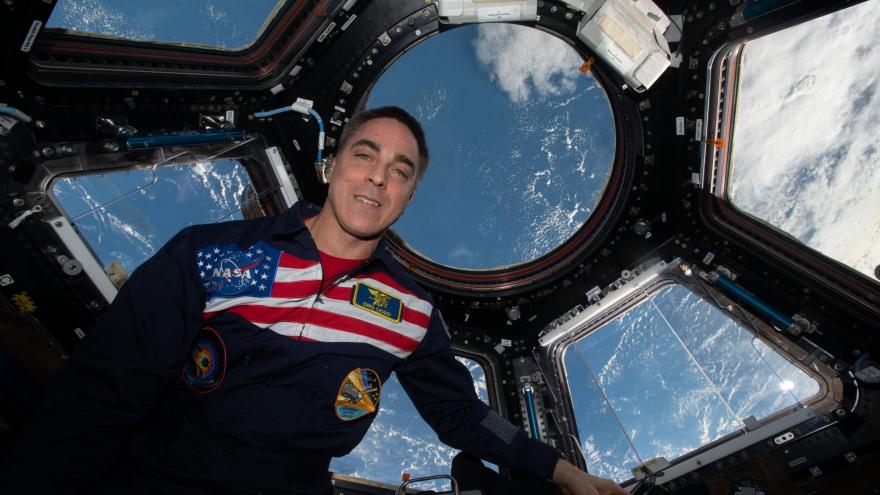 (CNN) -- Today is one for remembrance and holding your loved ones a little tighter.

There's no way around it. September 11 will always be a difficult day because the memories don't fade.

I'll never forget sitting in my classroom on that beautiful fall morning. The sky was impossibly blue and the air was crisp. Then, everything changed in an instant and a shadow swallowed the sun. But I also remember how my community came together, the way we supported each other and found ways to help.

As Mister Rogers once said, "When I was a boy and I would see scary things in the news, my mother would say to me, 'Look for the helpers. You will always find people who are helping.'"

People are still doing things to keep the spark of hope alive -- like an astronaut who helped fulfill the dream of a 9/11 victim.

When the time came for veteran NASA astronaut Chris Cassidy to go to space for the third time, he reached out to the National September 11 Memorial & Museum in New York City.

There, he learned the story of Chandler "Chad" Keller, who died when American Airlines Flight 77 crashed into the Pentagon on 9/11. As a child, Keller dreamed of being an astronaut, and he became a propulsion specialist at Boeing.

Cassidy bonded with the Keller family and together, they posthumously made Chad's dream of going to space come true.

Forget Jurassic Park -- our oceans would have been a terrifying place 500 million years ago. If you went for an ocean dip, you may have encountered this giant "swimming head," a primitive creature built like an underwater tank.

It had multifaceted eyes, a pineapple slice-shaped mouth and spiny claws beneath its head that acted like a rake for prey. The animal's body had a series of flaps to help it swim. And then there was that large head carapace, or a defensive covering, like the shell of a turtle.

Dubbed Titanokorys gainesi, this primitive arthropod, called a radiodont, was huge compared to other contemporary ocean creatures that were about the size of a pinkie finger.

It's official: This summer was the hottest on record in the US and tied with the Dust Bowl summer of 1936, not to mention filled with hurricanes, flooding and wildfires.

It's never a good thing to be compared with the Dust Bowl. This is just one of many reasons we're longing for the nostalgic pumpkin palooza that is fall.

As our planet gets hotter, animals are shape-shifting in response, evolving larger beaks, legs and ears that allow them to better regulate their body temperature -- especially birds.

One thing that could help cool things off: Keeping the majority of remaining fossil fuels in the ground by 2050.

Talk about an astronomical game of fetch. Astronomers captured new images of 216 Kleopatra -- an asteroid that looks a lot like a dog bone (that happens to be over 100 miles long).

This space oddity doesn't stop there. Kleopatra also has two little moons that orbit the asteroid.

The photos allowed astronomers to understand more about the asteroid's peculiar shape and dig deeper into the mystery of how its moons came to be.

There once was a duck who was all out of bothers to give.

Ripper, an Australian musk duck, was recorded saying "You bloody fool." It's the first documented instance of the species mimicking human speech.

He said the sassy phrase during a courtship display that involves sound and splashing around. Ripper probably took inspiration directly from his caretaker, considering that he was raised by hand at the Tidbinbilla Nature Reserve, near Canberra, Australia.

We're wondering if he knew how to say "you're despicable" like Daffy Duck.

Don't let these escape your notice:

-- The Perseverance rover has successfully collected two samples from a Martian rock -- and they may contain evidence of ancient water bubbles (or even ancient microbial life).

-- This newly discovered dinosaur was the T. rex of its day, and it had teeth like a shark.

Watch astronauts Thomas Pesquet and Akihiko Hoshide venture outside the International Space Station for a spacewalk Sunday, starting around 8:30 a.m. ET. And thanks for your spacewalk song suggestions -- we took them to heart and updated our playlist.