How Luke Skywalker's robotic hand inspired the prosthetics of tomorrow 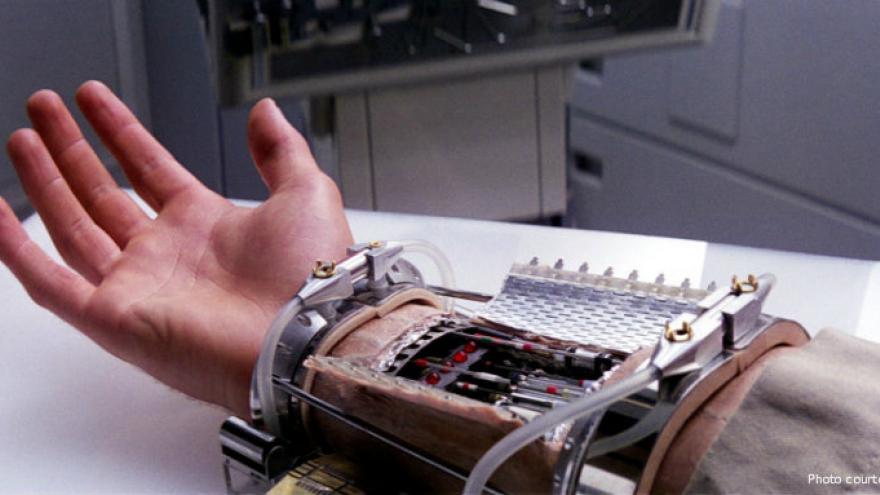 (CNN) -- Luke Skywalker losing his right hand may turn out to be a blessing in disguise for real-life amputees. Because at the stroke of Darth Vader's lightsaber, the grizzliest moment in "The Empire Strikes Back" has had a useful, if unintentional, consequence.

While audiences were busy digesting Darth Vader's revelation that he was, indeed, Luke's father, a seven-year-old Benjamin Tee was paying attention to a small scene towards the film's end, when Skywalker is fitted with a prosthetic.

It looked like a human hand from the outside, fleshy and creased, but was powered from within by tiny pistons and circuit boards. "The hand had complete sensation," Tee recalls, "when the robot (assistant) pokes it he is able to react."

"The scene stuck in my head for so many years," he adds. "This is something that today's prosthetic hands are unable to achieve yet."

You can probably see where this is going.

Tee, now 35, is the president's assistant professor at the National University of Singapore, specializing in biotechnology and the interface between humansw and machines. "I ended up doing what the scene was trying to create," he says.

Today's prosthetics are compact, versatile and dexterous -- even cheap -- in ways previous generations could only imagine. But creating lifelike limbs, hands and feet that act like our own is an ongoing challenge.

"You talk to patients or people that have unfortunately lost their hands," Tee says, "when they use a normal prosthetic they are unable to feel, and this really affects their daily activities."

Skin, the body's largest organ, plays a large part in how we react to objects, sensing texture, temperature and so forth. Its self-healing abilities add a brilliant, if complicated extra dimension. Engineering an electronic substitute for skin is the next frontier of prosthetics, and it's where Tee has piled his considerable expertise.

"I've spent a decade actually thinking about this problem," he says. Tee describes recreating skin as a "multidisciplinary problem," and he and his team at theTEE Research Group are poised to show the world what he describes as "the most advanced electronic skin."

Full details are yet to be released, but further information is expected in the coming months. Tee makes a conservative estimate that his research into electronic skin for prosthetic arms will be public in early 2019.

As for the skin itself, there are plenty of clues in Tee's past publications. He coauthored In 2010 a much-cited paper on flexible pressure sensors in microstructured rubber and, in 2011, one on skin-like sensors made of carbon nanotubes. He's pursued polymer hydrogels for energy storage, stretchable electronics and received a patent for self-healing composites used in batteries.

Speaking to CNN, Tee alludes to engineering the skin to self-heal, and shortening the time it takes for an electronic skin to react to a stimulus.

"We have now developed a platform technology that can enable sensors to be built on any scale you want. It can be over an entire body of a robot or as small as over your fingertip," he says. "I think in the next five years we will see this technology starting to be used in automation, manufacturing and even hopefully robotic assistance."

The technology could have vast implications for medical technology.

"(We're) starting to see surgical robots that can operate, but you need an assistant," says Tee as an example. "These robots don't really feel what is going on very well."

Putting a sensitive electronic "skin" on a robot's surgical tools would enhance its abilities to "feel" body tissues. The aim is for robots to complete surgeries remotely, but Tee goes further still into the realms of diagnostics.

"What we are trying to do is change science fiction into science reality," he argues. "This is what keeps me up every day; what makes me sleep less every day.

"We have some really exciting developments coming up -- so stay tuned."