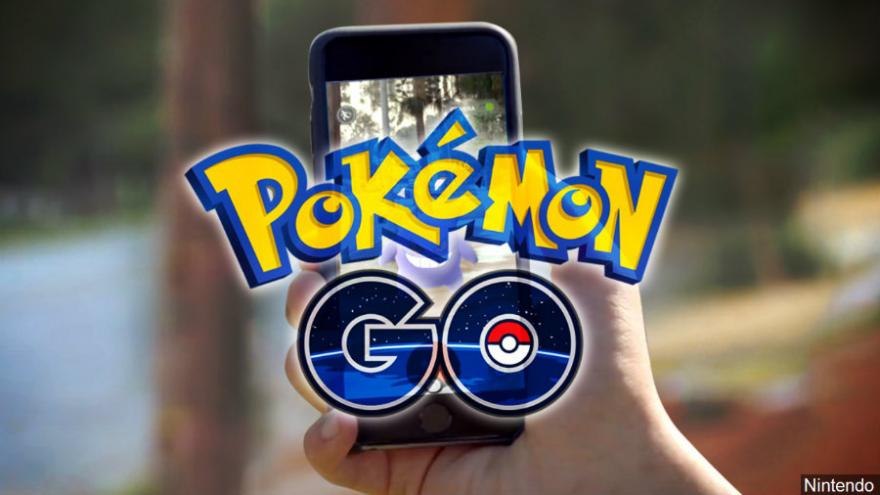 Covington, KY (WEWS) --In the pixelated universe that's existed inside generations of handheld devices, Pokemon are pretty handy: They can light up a dark room, carry their trainers across the ocean and even act as feathery air travel for one.

In the real lives of players such as Navy veteran Allison Hines, they're mostly a fun distraction. Hines, who plays the smartphone game "Pokemon Go," makes it part of her daily routine to check in at a Pokestop -- a real-world location that gives her in-game supplies -- in Kenny Shields Park.

"Every day I have to go and get my silly Pokestop," Hines said Friday. "Every day, I go on this little loop."

On her April 14 visit, she found something new: A person who needed her help. Homer Howard, 83, had been missing from his Maineville, Ohio home since the previous Thursday, and -- because he has dementia -- could not find his way back.

Hines didn't know that at first, she said. Seeing his Navy cap, she smiled at him; he didn't smile back. That was odd, she thought.

"As I turned the corner, everything in my being said, ‘Stop, turn this car around and go check on him,'" she said.

She asked him if he was OK, and he replied that he was getting old. He was waiting in the park, he said, for his wife to pick him up.

He had traveled 30 miles from home, and his daughters were praying for his safety.

"Lots of thoughts went through my mind," daughter Tammy Richardson said. "I just had to stop them. I just had to keep hoping, praying and waiting until we heard from him."

When her phone rang and she heard Hines on the other end, "there are no words to describe" the relief she and her sister felt, she said. Hines helped Howard make it back to his family, and they greeted him with tight hugs.

The Navy cap Howard wore that day wasn't his, daughter Tonya Geringer said, but it and Hines' devotion to her Pokemon Go routine precipitated an answer to her frantic prayers.

Howard is resting after his absence, she said. Hines hopes she can drive up to Maineville and take him to dinner when he feels better.

"I'm very grateful for Pokemon Go," she said. "My goodness. What I loved about it is, when I played its it got me out in the community. It was a social game. Today, it saved a man's life."