How Rudolph got a bright red nose... and other holiday science explained 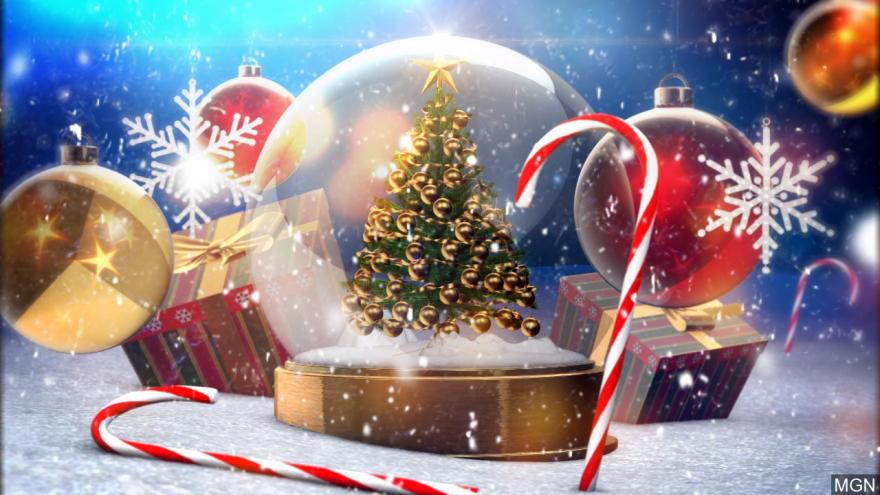 (CNN) -- Ever wonder how Rudolph could genetically develop a glowing red nose? Or how Ebenezer Scrooge could really travel into the future?

Neither did we. But researchers at Johns Hopkins University have unraveled these scientific mysteries, just in time for your holiday gatherings.

The idea to solve these storybook enigmas was the brainchild of Jill Rosen, senior media representative for Johns Hopkins. After all, the university is known for "research that tends to be pretty serious," she said. "But with the holidays coming, there was a chance to have a little fun with science."

Once ridiculed by all the other reindeer, Rudolph's fluorescent schnoz saved the day by guiding Santa's sleigh through dense fog. So how did he get that snuffer?

"The key to understanding Rudolph's nose is to know that there are many animals on the planet that have bioluminescent or fluorescent parts to them -- anthozoan corals, jellyfish," biology professor Dr. Steve Farber said.

So it's possible that before Rudolph was born, his mom was delivering Santa's presents around the world when she had a fateful encounter with a glowing red animal.

"She passed out, the sleigh went down, and she struck ... one of these brilliantly red corals," Farber hypothesized.

That coral's DNA could have entered her bloodstream and into the egg cell that would eventually help produce Rudolph.

"What we are saying is not crazy," he told CNN.

OK, so why is Rudolph's nose the only part that's beaming?

"With Rudolph, the coral DNA got inserted into a gene that is normally expressed in the nasal epithelial cells -- the cells of his nose -- kind of hijacking Rudolph's nose cells and instructing them to make the red protein," Farber said.

"And since the coral DNA is now in Rudolph's DNA, it will be present forever through his life."

The Grinch's tiny (then huge) heart

According to Dr. Seuss, the Grinch's heart was "two sizes too small" before it rapidly swelled three sizes. That's enough to boggle even experienced cardiologists.

But cardiology professor Dr. David Kass said some people do get hypertrophic cardiomyopathy -- in which heart walls thicken and make the interior volume of the heart smaller.

"The thicker the heart gets, the smaller the amount (of blood) that you can fill it with," Kass told CNN.

So maybe the Grinch wasn't heartless, he just had hypertrophic cardiomyopathy -- making the heart seem smaller from the inside.

Then how did his heart grow three sizes?

Kass suspects the Grinch might actually be a python.

When pythons consume large meals, such as animals larger than them, their heart grows bigger, Kass said.

"I did not make this up. Pythons really do have their hearts get much bigger after they have eaten something that when you look at it, you cannot possibly imagine how they swallowed it in the first place."

But "after all is digested, (the) heart gets small again."

In Charles Dickens' "A Christmas Carol," Ebenezer Scrooge evolves from a nasty curmudgeon to a wonderfully nice guy after some time travel hosted by the Ghosts of Christmas Past, Present and Yet to Come.

Is that really possible?

"You can move forward in time -- that's actually easy," said physics and astronomy professor Ibrahima Bah. "All you have to do to go forward in time and meet people in the future is move at incredibly high speeds."

Going backward in time, though, is a lot trickier.

Bah humbug to that.