How to watch the Indy 500 this Sunday 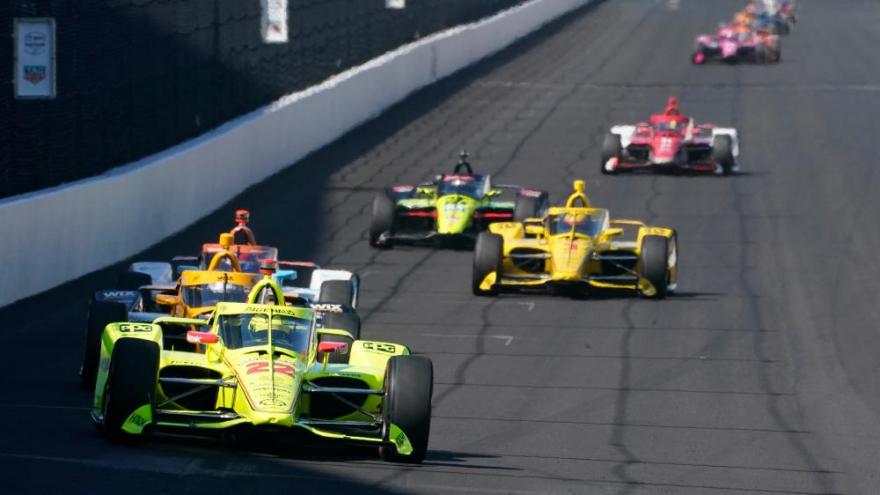 The Indy 500 will take place on Sunday, August 23 without spectators.

(CNN) -- The 104th running of the Indianapolis 500 takes place this weekend. And like most sporting events these days, the race will take place without fans in the stands.

The event was originally scheduled to take place in May, but it was postponed due to the pandemic. This is the first time the Indy 500 will be held without spectators.

NASCAR has already held a number of races without spectators, so this is nothing new for the race world. Despite the lack of spectators, the "Greatest Spectacle in Racing" is still one of the biggest races of the year.

The 500-mile race spreads out over 200 laps and takes nearly three hours to complete.

Here's what you need to know ahead of the Indianapolis 500 race:

Pre-race coverage starts at 1:00 p.m. ET on NBC on Sunday, August 23. You can also stream it via the NBC Sports app and NBC Sports Gold, NBC's subscription streaming TV service.

Pilots will be given the command to start their engines at 2:23 p.m. ET, and the green flag to start the race will drop at 2:30 p.m.

What you need to know

Marco Andretti, the grandson of legendary driver Mario Andretti, won the 2020 Indy 500 pole position -- the first position at the start of the race that is typically awarded to the racer with the top qualifying time.

This is the first time that a member of the Andretti family has won the pole position in 33 years, when Mario did it in 1987.

All eyes will be on Andretti to see if he can end the "Andretti Curse." Mario is the only member of the Andretti family to win the Indy 500 in 29 starts, in 1969. Michael Andretti, Marco's father, never won in 16 starts. Marco Andretti has led more Indy 500 laps than 27 other drivers who have won the race, according to sportswriter Curt Cavin.

Tight competition at the top

Scott Dixon will be right on the heels of Andretti, starting from the second position after he missed out on the pole position by 0.017 seconds. Dixon has been hot in 2020, winning the first three races of the season along with two top-5 finishes.

While Simon Pagenaud, who won the event last year, will be starting from the 25th position, he is still dangerous and could easily creep up.

Chase for the Triple Crown of motorsports

The triple crown of motorsports involves three of the most prestigious races in the sport: the Indy 500, F1's Monaco Grand Prix and the 24 Hours of Le Mans.

While several pilots have won two of the three legs of the triple crown, only one driver has won all three races: Graham Hill.

Fernando Alonso, who has won F1's Monaco Grand Prix and the 24 Hours of Le Mans, qualified for the Indy 500 this year.

Correction: A previous version of this article misstated that the Indianapolis 500 is a NASCAR event.