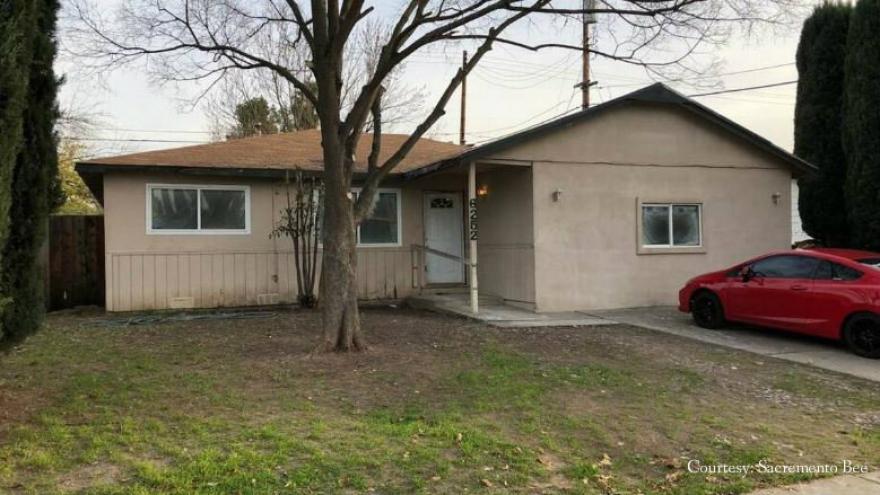 The home is along Dundee Drive, near Don Julio Boulevard and Larry Way.

Construction workers and the homeowner stumbled on the human bones Tuesday while renovating and clearing out the backyard.

"One bone, like a femur it looked like, and one below. It was just laid out right there," said construction worker Brian Johnston.

They say they called the sheriff's department right away.

"It was so much trash back there and we didn't notice anything until we got most of the trash removed, and a cat was digging at an area, and my friend found it," said the homeowner, who only wanted to be known as Dimeas.

The remains were found in a shallow grave, just steps away from the back entrance to the home.

Dimeas says he has been renting out the house for the last 10 years.

He says the family living there last was evicted in November for not paying the rent and leaving the house in terrible condition.

That's when he started to renovate the property turned crime scene.

The sheriff's department has been investigating the scene for the last two days, spokesperson Shaun Hampton said. Investigators dug up more than just bones -- they discovered an entire human skeleton.

It is unclear how long the remains were in the backyard, but the case is now being treated as a homicide.

"It's strange and devastating, obviously, you don't go cleaning up the backyard and find something like that," Dimeas said.

The identity of the victim is not known, and the sheriff's department says there are no suspects right now.

"That's a scary thing," said neighbor Michael Wortham. "There's nothing that goes on around this neighborhood."

"Was it a female? A male? Maybe somebody murdered them, stuck them back there hoping they'd never be found, who knows?" neighbor Linda Zamora said.

While the investigation continues to get those questions answered, Dimeas says he just wants to get back to work.

"We have to rebuild everything," he said.