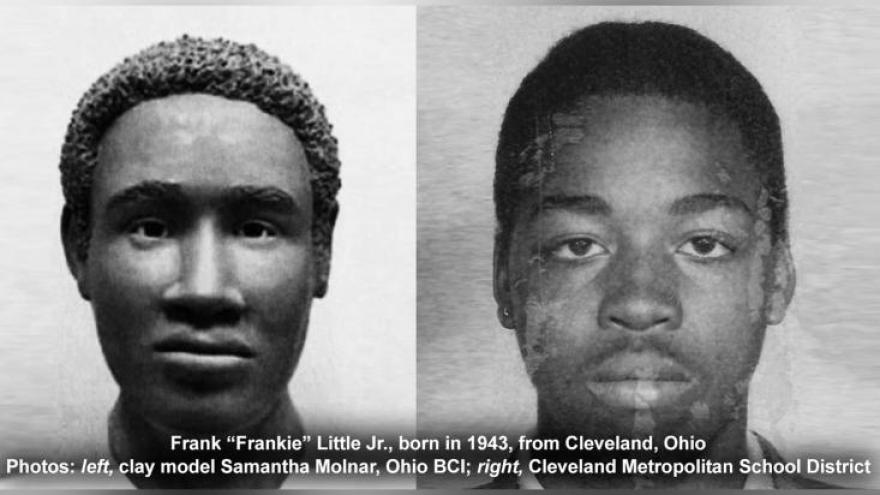 Partial human remains found in a garbage bag nearly 40 years ago have been identified as belonging to Frank "Frankie" Little Jr, a member of the R&B band, The O'Jays, according to police.

(CNN) -- Partial human remains found in a garbage bag nearly 40 years ago have been identified as belonging to Frank "Frankie" Little Jr, a member of the R&B band The O'Jays, according to police.

The Twinsburg Police Department in Ohio announced the news on Tuesday, saying DNA from relatives was used to help identify the remains found on February 18, 1982. Police said that not much is known about Little's disappearance and death.

Little was raised in Cleveland, according to the news release. In the mid-'60s, he was a guitarist and songwriter for The O'Jays. The band released a statement to CNN saying that he was part of the band in the early days and that they haven't heard from him since.

"He came with us when we first ventured out of Cleveland and traveled to Los Angeles, but he also was in love with a woman in Cleveland that he missed so much that he soon returned back to Cleveland after a short amount of time," reads the statement.

They "wish his family and friends closure to what appears to be a very sad story," the statement said.

Discovery of remains in a bag

The partial remains were found in a garbage bag behind a now-closed business in Twinsburg, according to police. A worker at the business discovered a skull in the snow, according to CNN affiliate WEWS, then police discovered the bag.

It is believed that the bones were a couple of years old and showed signs of blunt force trauma, according to WEWS. Police ruled the manner of death a homicide. It was also noted that the remains belonged to an African-American male, 20 to 35 years of age, approximately 5'6" tall, and that he may have had adolescent kyphosis, a curvature of the spine.

But the identity of who they belonged to remained a mystery for nearly 40 years until a partnership with the DNA Doe Project started in October. The organization provided names of potential relatives, who gave police Little's name and a DNA sample.

That sample was analyzed by the Ohio Bureau of Criminal Investigation crime lab, and Little's identity was then confirmed by Dr. Lisa Kohler of the Summit County Medical Examiner Office.

"It's definitely nice that we can give some answers to the family and hopefully they have some sense of closure," Twinsburg Detective Eric Hendershott told WEWS. "He had a life, and ultimately he ended up here in Twinsburg, with his life taken by another."

It is believed that Little was last known to be alive in the mid-1970s, according to police, and resided in Cleveland, about 24 miles away from where the remains were discovered.

Police are continuing to investigate the case to determine what happened to Little. His remains will be given to relatives for burial.