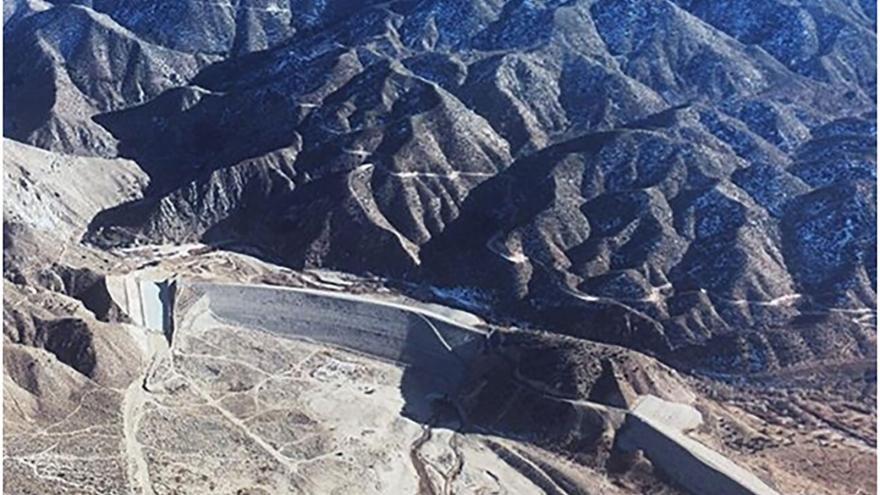 (CNN) -- Hundreds of thousands of people live downriver from a dam in California that recently had its risk characterization changed "from low to high urgency of action" by the US Army Corps of Engineers.

Those communities, which include Hesperia, Barstow, Apple Valley and Victorville, could flood if the Mojave River Dam fails, a statement from the agency said.

More than 315,000 residents in those four communities in San Bernardino County, about 70 miles northeast of Los Angeles, are in the path should floodwaters overtake the dam, according to US Census data.

The Mojave River Dam is an ungated flood control structure built in 1971 that is located at the northern side of the San Bernardino Mountains.

In fiscal year 2018, an assessment showed that the dam "could fail should water flow over the top of it," a statement from USACOE said.

"The change was the result of recent risk assessment findings that during an extreme flood event, water could exceed the design capacity of the dam and overtop it," the statement said. "This could potentially result in dam failure."

Flood waters could even reach Baker, which is more than 140 miles downstream of the dam, the statement said.

But it's unlikely a storm of that magnitude would occur, Col. Aaron Barta, commander of the Corps' Los Angeles District said. "The dam has never experienced spillway flow or a flood event that has loaded the dam significantly," Barta said. "This is a storm that is unlikely to occur, but it is nonetheless a real possibility and one we must be prepared for."

No rain is expected in California for the next seven days, Brink said, and this particular region doesn't get a lot of rain anyway. The rainy season, which runs from December through February, normally only brings less than 2 inches of precipitation during those three months.

The Army Corps says the agency is working with local governments to help improve flood-risk awareness and emergency preparedness so that anyone in the communities threatened by the potential breach have the tools they need to survive.