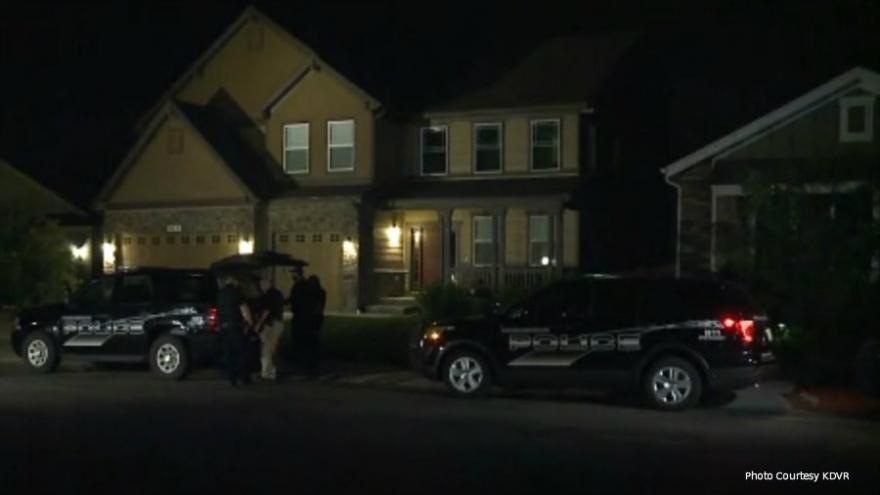 Chris Watts was taken into custody Wednesday night and is being held in the Weld County jail, north of Denver, the Frederick Police Department said in a statement. He'll appear in court Thursday afternoon.

Shanann Watts is 15-weeks pregnant and was reported missing on Monday along with her two daughters, Bella, 3, and Celeste, 4.

According to a recording on the jail's phone, Chris Watts has been charged with three counts of murder in the first degree and three counts of tampering with physical evidence.

Police will hold a news conference Thursday to provide an update on the case, the police statement said. The FBI and the Colorado Bureau of Investigation were involved in the arrest, Frederick police said.

Frankie Rzucek, who is identified on Shanann Watts' Facebook page as being her brother, posted overnight on his page saying he just wanted to know why.

"I just want 30 seconds alone with that heartless psychopath. May Satan have mercy on his soul," Rzucek wrote. "Doesn't take a genius to know who was suspect."

An unidentified friend told CNN affiliate KDVR that she dropped off Shanann Watts at home about 2 a.m. Monday after they returned from a work trip, and watched her go into the house.

The two planned to meet later, but Watts, 34, didn't answer her phone or show up for a doctor's appointment, the friend said.

Police have not provided details on the disappearance or where they were last seen, but said they conducted a welfare check after Watts' friend called and requested one.

When his wife and daughters were reported missing, Chris Watts said he was hopeful his family was OK.

"My heart is racing a mile a minute," he told the affiliate.

"It's not something I could ever, ever fathom would happen in my lifetime, and I have no inclination of where she is. She said she was going to a friend's house with the kids and that's the last thing I heard, and that was it. It was very vague."

Information on Watts' attorney was not immediately clear.