'I Am Evidence' examines problem of untested rape kits 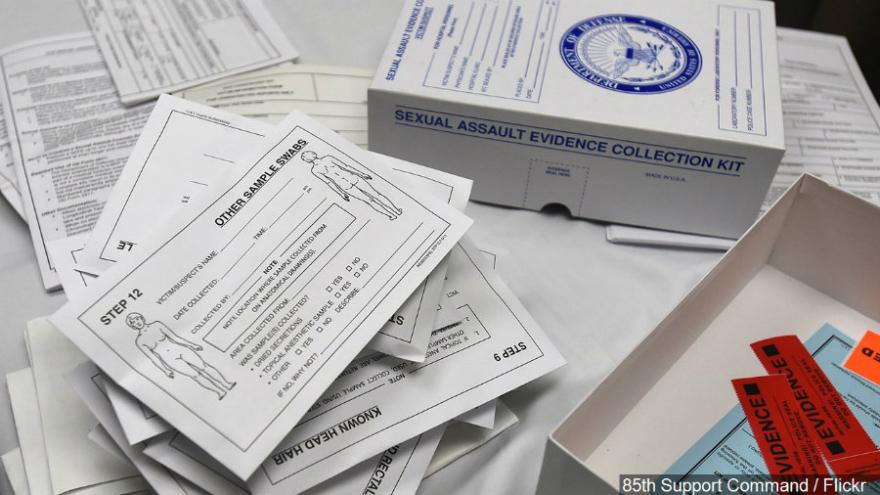 (CNN) -- After years starring in "Law & Order: Special Victims Unit," Mariska Hargitay is now highlighting the subject matter in a new way by producing "I Am Evidence," a sobering and timely look at the way rape kits have been left to languish, a policy decision with the ghastly effect of enabling serial perpetrators to continue assaulting women.

Amid a current wave of coverage heightening awareness about sexual assault, the documentary focuses on a particular -- and particularly maddening -- aspect of law enforcement, with differing standards across cities regarding the processing of rape kits.

Many of those kits sit unprocessed, with officials pleading poverty or a shortage of man power. Yet because so many rapists are repeat offenders, that failure to act can mean allowing others to be victimized who might have been spared by a DNA match.

Moreover, the likelihood of victims receiving timely attention is shown to fluctuate based on economic status and race, a pattern also seen in the way those reporting rapes are questioned by police and treated in court.

Hargitay appears briefly -- speaking to and strategizing with experts -- but doesn't get in the way of the first-person accounts, which, as the title suggests, are deeply personal and harrowing. "I felt like my body was a crime scene," one of the women interviewed recalls.

Those stories (some augmented by surveillance video and courtroom proceedings) also offer a geographical cross-section, as directors Trish Adlesic and Geeta Gandbhir make stops in Baltimore, Cleveland and Los Angeles.

Like any good piece of advocacy journalism, "I Am Evidence" contains a strong point of view, one that derives power from its simplicity: Finding the money to promptly analyze kits will provide closure for those who were attacked and almost surely prevent future crimes. The fact that former Cuyahoga County prosecutor Tim McGinty calls rape kits "the best bargain in the history of law enforcement" -- given that one in four leads to a conviction -- only makes the failure to take advantage of the science all the more frustrating.

The policy implications -- and associated call to action -- thus appear entirely self-evident. And in roughly the time it takes to watch a pair of "Law & Order" episodes, "I Am Evidence" more than makes its case.