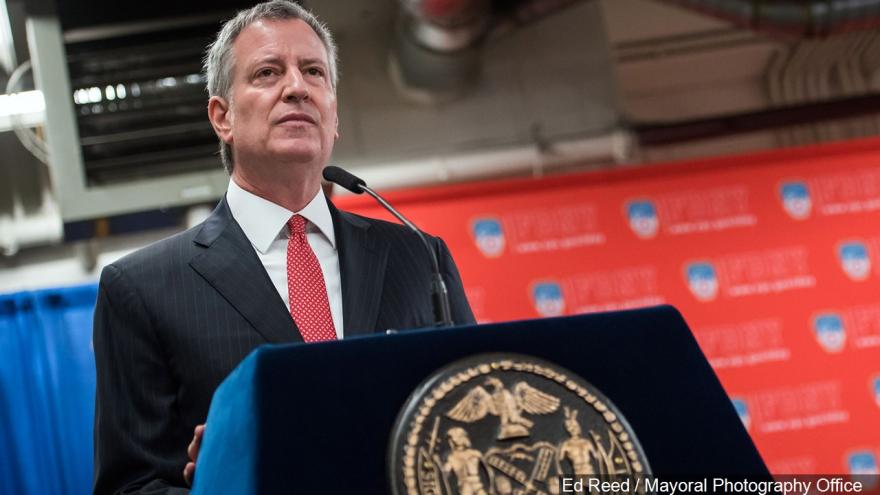 He took office as a police reformer, promising to overhaul how the city's 36,000 officers interacted with the public — especially people of color.

But it was de Blasio's handling of the 2014 police chokehold death of Eric Garner that permanently poisoned his standing with officers and many of the activists who helped get him elected.

Now, the end of the police disciplinary process is coinciding with de Blasio's run for the Democratic presidential nomination, and he's facing questions and a fair amount of criticism on the national stage about the case.

De Blasio was interrupted at Wednesday's Democratic presidential debate by chants encouraging the firing of the officer. Two days later, an administrative judge recommended the police department do just that.