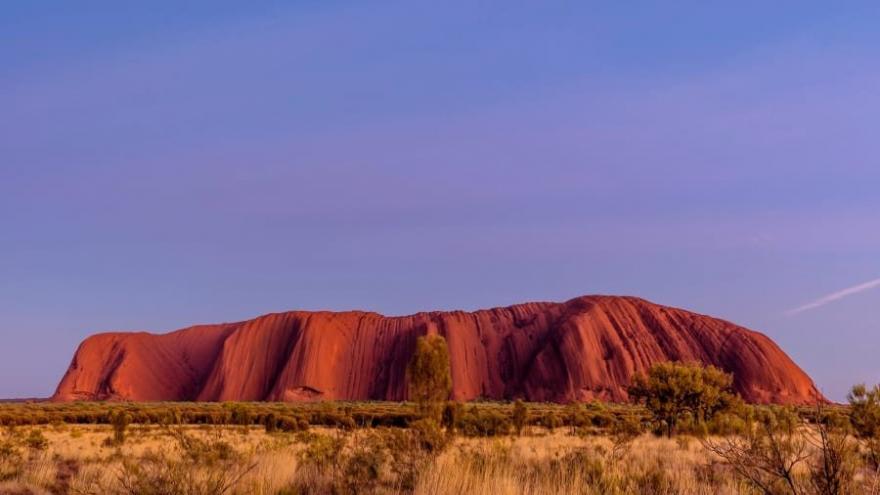 (CNN) -- My trip was supposed to be simple. I was attending a lunch for the Australian Society of Travel Writers in the town of Ipswich, on the outskirts of the state's capital Brisbane.

The timing coincided with the lifting of state border closures, after four months of limited freedom of movement. Thrilled to go anywhere, I booked the 90-minute flight on July 29 and arranged to stay with a friend.

But then, the business trip turned into a nightmare: No sooner had I crossed the border from my home in New South Wales to Queensland than the door was slammed shut behind me. Sydney residents -- like me -- were officially no longer welcome. The government declared Sydney a Covid-19 hotspot, and banned its people entering Queensland from 1 a.m. that night.

Technically, I was free to leave anytime. However, once I left I would not be let back in. The prospect of spending the rest of the year stuck at home did not appeal -- a travel writer's nightmare. So, my decision was easy: I would remain in Queensland, a sun-kissed oasis of the Australian winter.

There were just a few minor challenges: I had no warm weather clothes, no car, no laptop, no income and no place to live. But I also had no partner, no kids, no pets, no plants, no work obligations. No worries!

The kindness of strangers

Danielle Lancaster, another writer at the lunch, offered me her vacated house as she was relocating to the remote town of Charleville. Inspired by her outback escape, I spent a week plotting a road trip in vaguely the same direction.

Borrowing her hiking boots left behind in a half-emptied wardrobe, I rented a camper van and drove eight hours to Carnarvon Gorge, a national park in the center of the state. My first stop was a charity shop to buy second-hand adventure gear; then Target for a hat, socks and more underwear.

Nearly every campground was closed due to the pandemic, but Takarakka Resort -- a "bush resort and caravan park" -- had one site available. I snapped it up for four nights, taking long walks through the gorge to discover Aboriginal rock art on sandstone overhangs, and spotting platypus, echidnas and kangaroos, before cooling off with quick dips in an ice-cold creek.

From there, I drove without a plan or a map, exploring country towns by day and sleeping at free campsites each night. I felt like a fugitive on the run to nowhere. Along the way I met many Aussies following a similar lifestyle, using the opportunity to see their own backyard while they weren't able to go overseas.

As I contemplated my next step, my friend Mel granted me one month at her new apartment in Brisbane's Fortitude Valley suburb. After two weeks living in a small vehicle, my own bedroom sounded like heaven.

Mindful to not overstay my welcome, I used it as my base, coming and going up and down the coast, visiting every Queenslander I'd ever met.

It was time to call in some favors. Nobody was safe. I called on my sister-in-law's sister on the Gold Coast, two hours south by train; my brother's high school buddy in nearby Surfers Paradise; an ex-workmate in Noosa, half a day by public transport; and my godfather at a small beach town, just a few minutes away.

Fellow freelancers stepped up, too, now that they were traveling again -- one asked me to look after her cat; another gave me the keys to his Airbnb studio.

This steady stream of couch surfing flowed surprisingly easily through August and September. Not quite a vacation, it became a game of logistics and renewing acquaintances. What I saved in hotel fees, I spent on trains, taxis, and reunion drinks and dinners with everyone who hosted me.

The wrinkles in the plan

In October, an expedition company invited me to the Great Barrier Reef to report on its first cruise since the industry's global suspension. The return of cruising, and an offer of work, made me think that normality is soon to follow. My cheeky bolt for freedom instantly lost its sense of illicitness.

But that soon changed. Arriving at Cairns Airport, I flashed my ID, a driver's license with my Sydney address, and was escorted to the Australian Federal Police to provide evidence of my Queenslander status.

My boarding pass from July was not good enough; that didn't prove I hadn't left and returned within the last 14 days. I also had no receipts from accommodation, having scored free lodging for three months. Luckily, they accepted bank transactions showing my local purchases, and I was eventually released.

On my last day in Brisbane, to celebrate my great interstate escape, I held a farewell at a brewery aptly named Felon's, inviting the same people who had attended the event in Ipswich. Eighty-eight days later, on October 24, it was finally time to wrap up the world's longest lunch.