Ice fisherman flown to hospital after going into Saginaw Bay 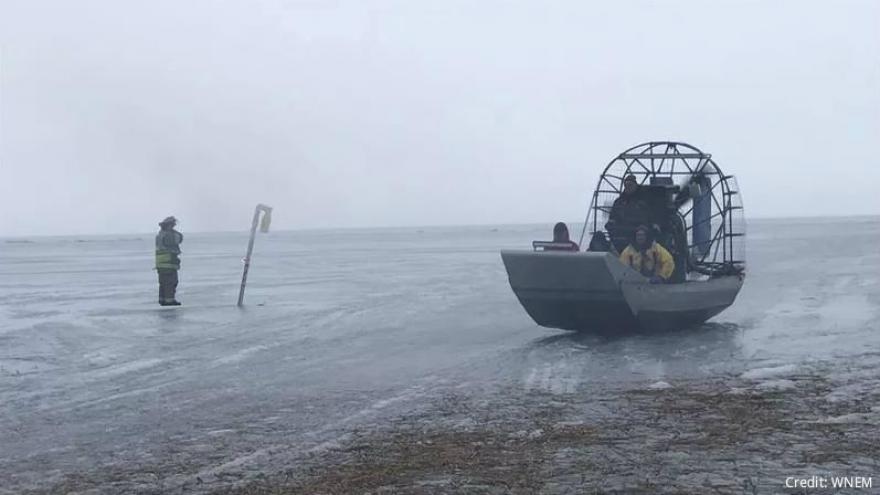 BAY COUNTY, MI (WNEM) -- Officials said one man has been airlifted after falling through the ice on the Saginaw Bay.

Crews were called to Neuman Road in Bay County’s Pinconning Township at around 7:15 a.m.

Officials at the scene told TV5 that two men were out ice fishing when one of the men went through, about 2-and-a-half miles away from shore.

The second man tried to help, but the first man had to be rescued by officials.

That first man was flown to the hospital, his condition is unclear.

The second man is wet, but okay.

“Actually a very good friend of mine, the Coast Guard had to pull him out with a chopper, and it’s not good. Just stay away from Neuman Road, Coggins Road, all those areas, just stay away from them,” said Captain Mark Pieniozek with Reel Fish'n.

Officials said that the ice in this area has broken up in the last couple of weeks, and is very dangerous.