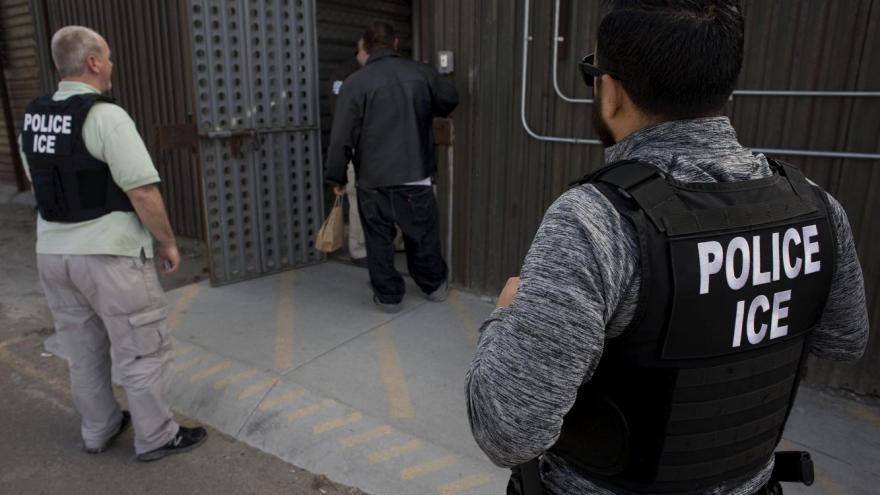 Immigration and Customs Enforcement is planning to release some migrant families in detention to accommodate the arrival of migrants arrested at the US-Mexico border, according to two Homeland Security officials.

(CNN) -- Immigration and Customs Enforcement is planning to release some migrant families in detention to accommodate the arrival of migrants arrested at the US-Mexico border, according to two Homeland Security officials.

Over recent weeks, there has been a growing number of migrants apprehended at the US southern border, though the majority continue to be turned away under a public health order put in place under former President Donald Trump. That order allows border officials to swiftly expel migrants, including those seeking asylum, to Mexico or their home country.

Families in ICE detention can generally be released as their cases work their way through the immigration court system. When they're released, families often relocate to stay with friends or family in the US.

"The majority of families have family or friends in the United States that receive them," said Bridget Cambria, an immigration attorney who represents families in detention. "For the rare cases -- and it is rare -- where a family has no friends or family, we, at least in our cases, have been able to place them in community-based settings."

Amid ongoing litigation over the public health order and increasing encounters, officials are preparing for the event that space is needed to address and process families that arrive to the US-Mexico border in the near future.

On February 9, there were 386 people detained in Dilley, 69 in Karnes, and 34 in Berks, according to ICE. Numbers can fluctuate as families are deported or allowed into the US. The agency didn't immediately respond to comment about the expected release of detained families.

Since the start of the coronavirus pandemic, ICE has released more than 900 individuals who were considered vulnerable to the virus after "evaluating their immigration history, criminal record, potential threat to public safety, flight risk, and national security concerns," according to the agency. ICE also reduced the intake of new detainees.

US Customs and Border Protection has attributed the increase in arrests along the US-Mexico border in part to instability in home countries, exacerbated by the coronavirus pandemic, and perceptions of instant shifts in US immigration policies. In January, there was an average of about 3,000 arrests per day along the southern border, according to CBP.

The majority of border crossers since October are single adults, many of whom are from Mexico. In January, the US Border Patrol arrested more than 75,000 migrants on the southern border, up from around 71,000 in December, according to the latest data. Of those, single adults made up around 62,000 arrests.

But the increase from month to month is notable given that there's usually a dip between December and January due to the holidays, according to a former Homeland Security official. It's particularly concerning among families and unaccompanied migrant children

The White House, meanwhile, has warned those considering coming to the US that they'll largely be turned away.

"Now is not the time to come," White House press secretary Jen Psaki said last week, citing the pandemic and ongoing efforts to put a comprehensive process in place. "The vast majority of people will be turned away. Asylum processes at the border will not occur immediately, will take time to implement."

The Biden administration is launching into a series of reviews into the US immigration system, including immigrant detention.

Homeland Security Secretary Alejandro Mayorkas suggested on a call with immigrant advocates this week that the administration plans to take a different approach to detention, a source familiar with the call told CNN. Mayorkas discussed reviewing all forms of detention, including alternatives like ankle monitors, and reconsidering family detention altogether.

The ongoing reviews are in line with an executive order signed on President Joe Biden's first day in office that revoked Trump's 2017 executive order that made all undocumented immigrants a priority for arrest by ICE.

As part of that effort, ICE is preparing to roll out new guidelines that would curtail enforcement measures, focusing more narrowly on immigrants who pose a national security, border security or public safety risk, according to draft interim guidance obtained by CNN.

The Biden administration also quickly moved to pause deportations for a 100-day period - an action that's been temporarily blocked by a federal judge in Texas.