Iceland reports a volcanic eruption near the capital of Reykjavík 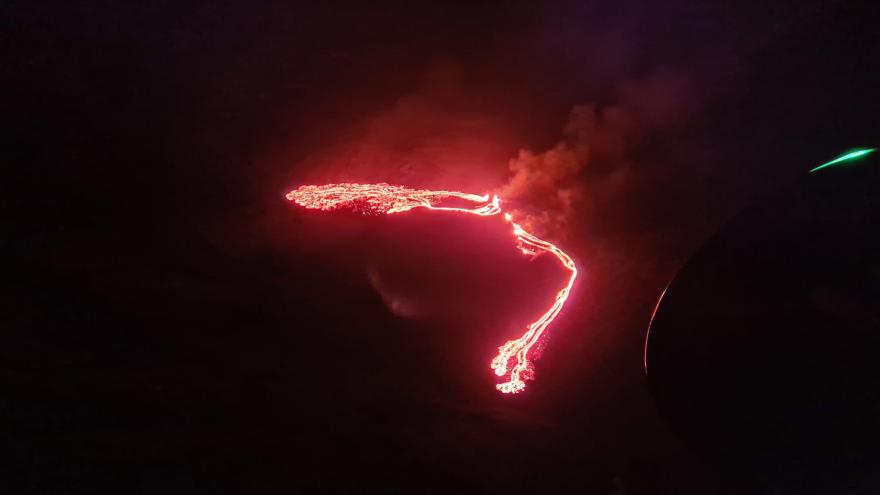 Iceland reports a volcanic eruption near the capital of Reykjavík. - Icelandic Meteorological Office

"A volcanic eruption started this evening at 20:45 near Fagradalsfjall in Geldingadalur," IMO said in a tweet. "The eruption is considered small at this stage and the eruptive fissure is app. 500 m long. The magma area is app. 1km2. Lava fountains are small."

Iceland's Department of Civil Protection and Emergency Management is advising people within several miles of the volcano to close their windows and stay indoors to avoid the effects of volcanic gas in the air.

"Volcanic gas pollution is expected to extend as far as Þorlákshöfn and to continue into the night. People are asked close windows and stay indoors. The status and amount of SO2 emissions from the eruption are being assessed," the agency tweeted late Friday.

People were urged to avoid the Reykjanesbraut highway on the south-west Reykjanes Peninsula, which connects Greater Reykjavík to Iceland's Keflavík International Airport.

"First responders need to be able to drive freely to assess the situation. Scientists are working on assessing the eruption," the authority tweeted.

The eruption comes after weeks of increased seismic activity on the peninsula, with some 400 earthquakes detected in the region on Thursday morning alone, according to the IMO.

"This is somewhat less seismic activity in comparison to previous mornings where the numbers have been around 1,000 earthquakes," the IMO added in a tweet on Thursday.