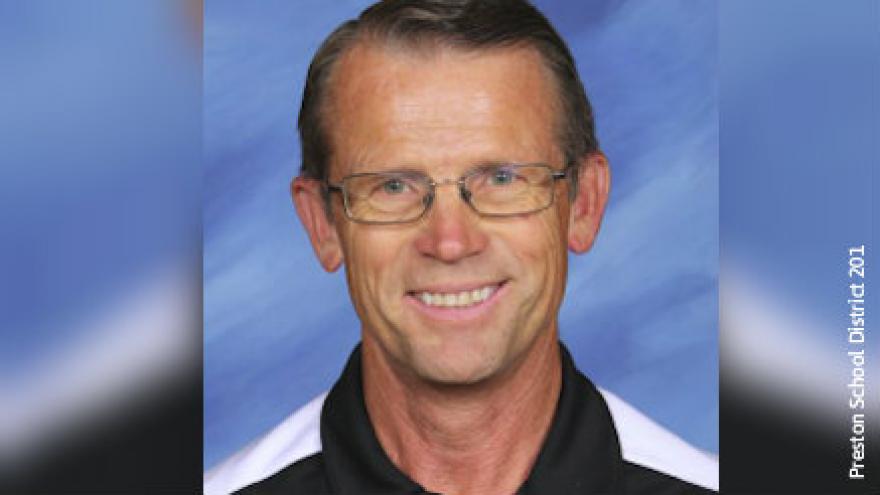 PRESTON, Idaho -- An Idaho junior high school teacher is under investigation after he fed a puppy to a snapping turtle in front of students.

In a news release, Preston School District 201 Superintendent Marc Gee says his administration became aware of “a regrettable circumstance involving some of the biological specimens” on March 7.

“The event occurred well after students had been dismissed and was not a part of any school-directed program,” Gee said in a news release. “We emphasize that at no time was the safety of students or staff compromised.”

It’s unclear if the dog was alive or dead when Crosland fed it to the turtle.

Administrators began investigating the incident immediately, according to Gee, and the Franklin County Sheriff’s Office was contacted. Crosland has not been cited or charged and has not been placed on leave, Gee said.

“A part of any investigation includes determining the best course of action once the facts of the matter have been ascertained. This is not a situation that is easy, nor do we feel it is a measure that can be taken lightly,” Gee said.

Crosland is a popular teacher who has exotic snakes and other animals in tanks around his classroom, according to multiple parents and students who contacted EastIdahoNews.com.

Three former students, who asked not to be named, said they recall Crosland feeding guinea pigs to snakes and snapping turtles during classroom demonstrations.

“He is a cool teacher who really brought science to life,” a former student says. “I loved his class because he had turtles and snakes and other cool things.”

Gee says the district is taking steps to ensure “this type of action could not be repeated” and asked for patience while the investigation commences.

“While the district certainly does not condone individual actions that may violate district policy or reasonable expectations of behavior, we hope that any errors in judgment made by a teacher in this instance will not cause us to forget the years of care, effort and passion the teacher has given to students in Preston School District,” Gee says.

EastIdahoNews.com has contacted Crosland for comment, and we will update this story when we receive a response.