If you're hosting Thanksgiving dinner, check your kitchen for these recalled foods 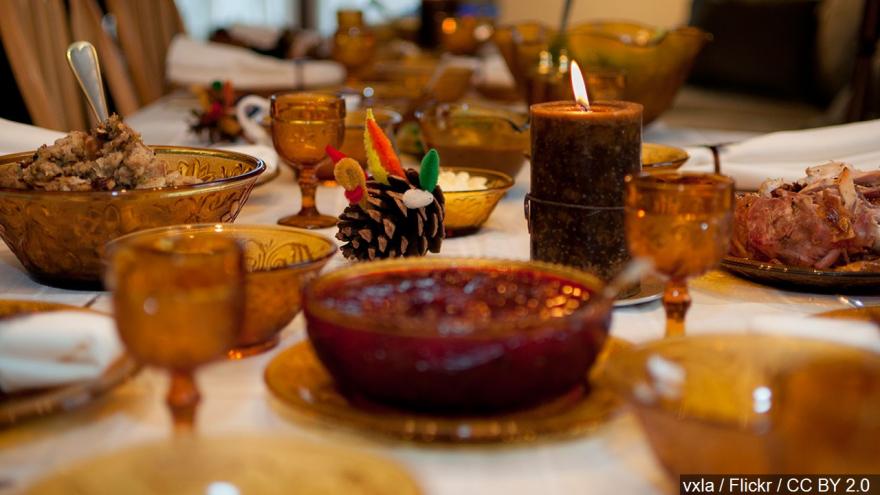 (CNN) -- If you're hosting Thanksgiving festivities this year, it's time to check your pantry and fridge. Federal health officials are warning people to avoid some foods due to a series of issues -- from E. coli to lack of inspection.

Here are the foods to keep away from your holiday table.

Don't eat romaine lettuce from Salinas, California. That's the message from the Centers for Disease Control and Prevention after 40 people in 16 states got sick due to an E. coli outbreak.

The agencies are warning consumers, retailers and restaurants not to purchase or sell all types of romaine lettuce harvested in the town about 60 miles south of San Jose.

"If romaine lettuce does not have labeling information for its growing area or the source cannot be confirmed, consumers should not eat or use the romaine," said Frank Yiannas of the Food and Drug Administration. "Restaurants and retailers should not serve or sell romaine lettuce if they cannot confirm it is from outside Salinas."

Another E. coli outbreak that sickened at least 17 people in eight states led to a recall of more than 75,000 pounds of salad products. The cases have been reported in Arizona, California, Colorado, Idaho, Maryland, Montana, Washington and Wisconsin, according to the CDC.

In Illinois, a company is recalling more than a half million pounds of pork products because they were not inspected.

The 515,000 pounds of raw pork items were produced and distributed in Illinois, the US Department of Agriculture's Food Safety and Inspection Service said. They were produced between November 25, 2017 to November 9, this year.

They include pork loin, pork back ribs and pork chops. The complete list of affected items can be found here.

Federal officials received an anonymous tip that the company was producing products without inspection, leading to the recall.

A Mississippi company is recalling 172,692 pounds of chicken fried rice products because they may contain plastic pieces.

The not-ready-to-eat, frozen chicken fried rice items were produced from July 9 to July 11 this year. The products subject to recall bear establishment number "P-34708" inside the USDA mark of inspection. They were shipped to retail locations in Florida, Georgia, Illinois, Maryland, Michigan, New Jersey and Texas.

Check your Cheese Nips -- the cracker's parent company has issued a voluntary recall for select boxes over contamination with small plastic pieces.

Mondelēz Global LLC announced it is voluntarily recalling 11-ounce boxes of the cheese crackers "due to the potential presence of small food-grade yellow plastic pieces," the Food and Drug Administration said.

It said the yellow plastic pieces came from a dough scraper that was incorporated into the production process.

About 9,500 cases of cottage cheese are being recalled after a customer found a piece of red plastic in a container. The recall will affect three types of Breakstone's cottage cheese.

So far, Kraft Heinz reports there have been six consumer complains of contamination, but no reports of injury or illness related to the issue. The three cottage cheese products included in the recall are Breakstone's 2% Milkfat Lowfat Large Curd Cottage Cheese, as well as their small and large curd 4% Milkfat Cottage Cheese.

All three of the recalled batches are marked with a use-by date of December 10, 2019.

An outbreak of hepatitis A in Indiana, Nebraska and Wisconsin has been potentially linked to blackberries from the Fresh Thyme chain of grocery stores, authorities say.

Federal health officials are investigating after people who fell ill reported consuming fresh blackberries from the chain based in Illinois.