Igor Fruman, an ex-Giuliani associate, gets one year in prison in campaign finance case 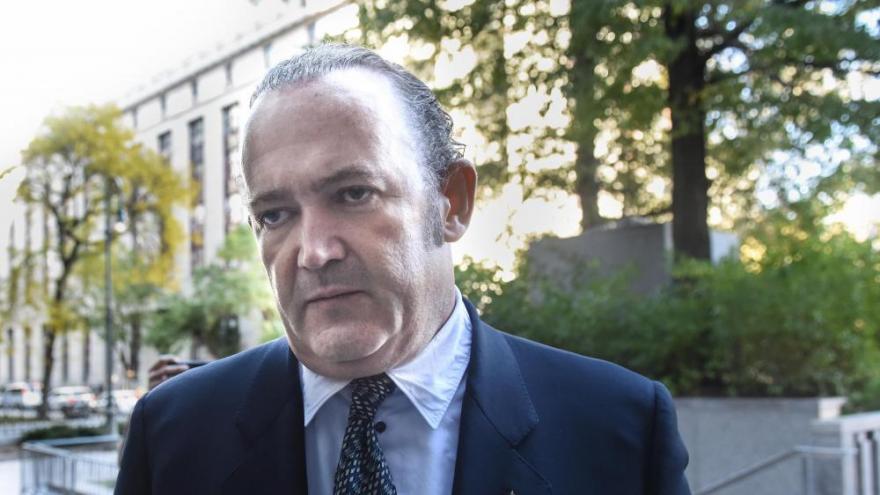 Igor Fruman, one of Rudy Giuliani's former associates, was sentenced to one year and one day in prison on Friday for his role in a scheme to funnel Russian money into US elections.

(CNN) -- Igor Fruman, one of Rudy Giuliani's former associates, was sentenced to one year and one day in prison on Friday for his role in a scheme to funnel Russian money into US elections.

US District Judge Paul Oetken said it was a "serious offense" and punishment was necessary.

"Our democracy is fragile and it depends on people believing in it," Oetken said.

The sentence was less than what federal prosecutors argued was an appropriate sentence for Fruman's "central role" in the scheme. Prosecutor Hagan Scotten asked the judge to sentence Fruman within the sentencing guidelines range of 37 to 46 months, citing the "grave damage" his actions caused to the public's confidence in a fair electoral system.

Fruman and fellow Giuliani associate Lev Parnas were arrested in 2019 on multiple campaign finances charges as they were boarding a flight to Europe on a one-way ticket. They were working with Giuliani, then-President Donald Trump's personal attorney, on his efforts to dig up dirt on Democratic rival Joe Biden and his son Hunter in Ukraine.

In September, Fruman pleaded guilty to one count of soliciting foreign donors into US campaigns. The following month, Parnas was convicted on six counts relating to the foreign donor and a straw donor scheme. He is facing another trial on charges he defrauded investors in a company called Fraud Guarantee. Parnas has pleaded not guilty.

In statement read in court, Fruman said, "For the last 835 days I had a chance to reflect on my actions that have put me before you. It's a shame that will live with me forever, but I can assure you, my family, and the government that I will never appear before yourself or another courtroom again." He finished by thanking Oetken, and he was accompanied by his four children and exited the courtroom with his arm around his young daughter.

Todd Blanche, a lawyer for Fruman, said in a statement that his client "is relieved that he can now put the past few years behind him and get back to working and supporting his family in the country that he loves."

Before Friday's sentencing, Fruman's attorneys had tried to distinguish his case from other efforts to influence election outcomes.

"This is not a case where Mr. Fruman embarked on an effort to influence the outcome of American elections using foreign money," they wrote in a court filing. "Mr. Fruman solicited money from a foreign national to start a venture that included a business strategy of supporting politicians to gain visibility. While this solicitation is something that Mr. Fruman should not have done, it is distinguishable from solicitation cases where the primary goal of the defendant is to influence elections using foreign money."

In addition to his prison sentence, Fruman was fined $10,000 and ordered to surrender to prison by March 14. Fruman asked to serve his time at the Otisville Correctional Facility in upstate New York, where ex-Trump lawyer Michael Cohen served his time. Judge Oetken said he would recommend it but ultimately the Federal Bureau of Prisons will make the decision.

This story has been updated with additional information Friday.