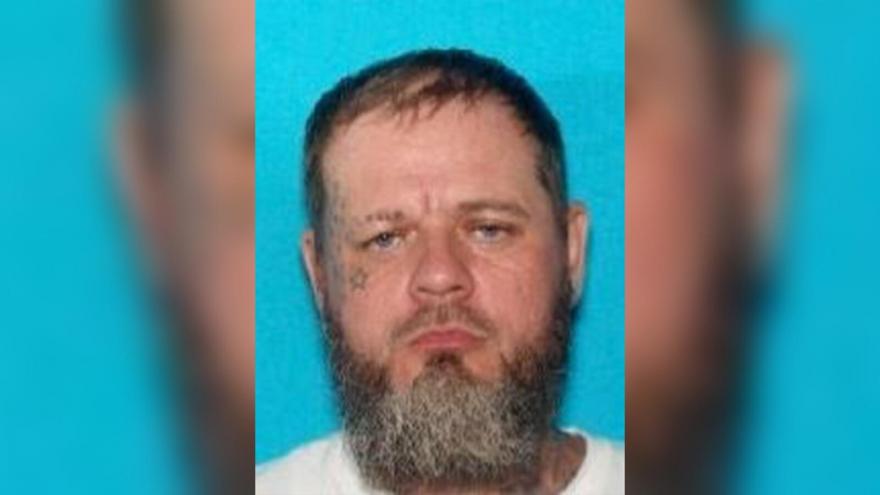 (CNN) -- A man suspected of killing a Wayne County, Illinois, Sheriff's Office deputy and then going on a crime spree was arrested Wednesday, Illinois State Police said in a news release.

The agency said it became involved in the investigation when it was requested to assist with an officer-involved shooting Wednesday morning, according to the release.

The deputy's squad car, which was missing, was located a short time later near the scene, the release said.

According to the release, authorities believe the suspect, Ray Tate, 40, carjacked a truck tractor semi-trailer near where the deputy's squad car was found.

"The driver of the truck tractor semi-trailer was held against his will and drove Tate to a gas station in St Peter's, Missouri," the release said. "While in Missouri, a series of carjackings, robberies and shootings occurred."

Shortly before 2 p.m., SWAT operators entered the home and took the suspect into custody "without incident," the release said.

"The homeowner and kidnapped victim were located in the residence uninjured," it said.

"On behalf of the Illinois State Police, I extend my heartfelt condolences to Wayne County Deputy Sean Riley's family, friends, and brothers and sisters at the Wayne County Sheriff's Office," ISP Director Brendan F. Kelly said in a statement. "Mercifully, this incident was concluded with no further harm to first responders, and this defendant will now face justice."

Tate was taken to Clinton County Jail and charged with first-degree murder, the release said. CNN has not been able to identify an attorney for him.