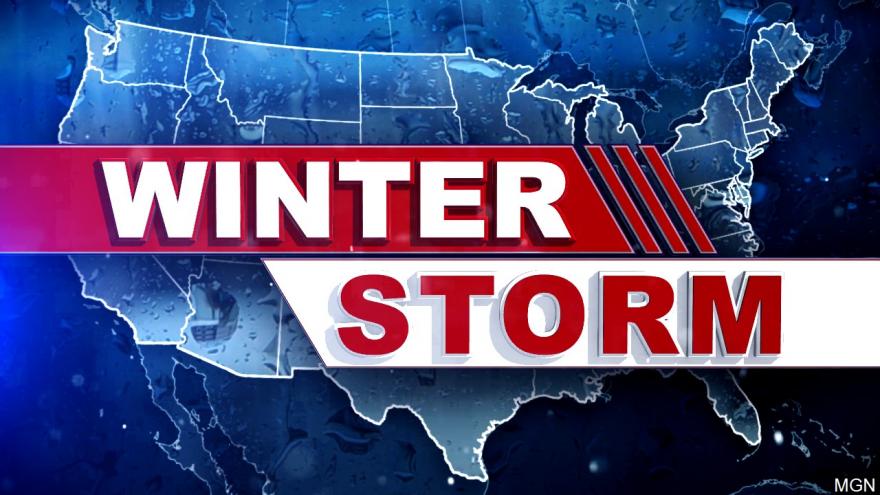 MILWAUKEE (AP) — The Latest on a major snowstorm and the expected frigid weather in the Midwest (all times local):

Pritzker released a statement Tuesday noting that plummeting temperatures are expected to hit Illinois on Tuesday and stay through Thursday morning. The Democrat calls the weather "potentially historic."

National Weather Service meteorologist Chris Miller called the frigid weather "life threatening." He says records going back to the 1800s could be broken. He also notes that frost bite is possible within 5 to 10 minutes.

Governors in Wisconsin and Michigan have also declared states of emergency ahead of the cold snap.

A Wisconsin congressman is calling President Donald Trump "a moron" over a tweet that urged global warming to "come back fast" in the face of dangerous cold hitting the Midwest.

Hundreds of schools in the region cancelled classes through Wednesday, and the governors of Wisconsin and Michigan declared states of emergency amid wind chills as low as negative 60 degrees (negative 51 Celsius).

Trump has frequently cast doubt on climate change, especially when cold weather hits. His tweet late Monday wondering "What the hell is going on with Global Warming" drew a quick response from Wisconsin Rep. Mark Pocan.

The Democrat responded by saying: "Only a moron would not understand global warming causes huge temperature swings."

Major universities in parts of the Midwest are shutting down because of the extreme cold blanketing the region.

The National Weather Service says wind chills in much of Iowa could dip as low as negative 50 degrees (negative 45.6 Celsius) on Wednesday.

Michigan Gov. Gretchen Whitmer has approved a state of emergency ahead of dangerously cold weather .

Whitmer says the order will help address threats to public health and safety stemming from this week's cold snap, which follows a snowstorm that buried parts of Michigan and other Midwestern states.

Hundreds of the state's schools are closed Tuesday, including Detroit's public schools, as cleanup from the snow continued.

But it's the plunging temperatures expected to start Tuesday that have forecasters especially concerned. Wind chills could dip to negative 55 degrees (negative 48 degrees Celsius) in northern Illinois this week.

Extreme cold and record-breaking low temperatures are settling across parts of the Midwest after a powerful snowstorm pounded the region.

Forecasters say the weather could be life-threatening.

Subzero temperatures will begin Tuesday, but Wednesday is expected to be the worst. Wind chills in northern Illinois could fall to negative 55 degrees (negative 48 degrees Celsius), which the National Weather Service called "possibly life threatening."

Minneapolis Public Schools announced there would be no classes through Wednesday.