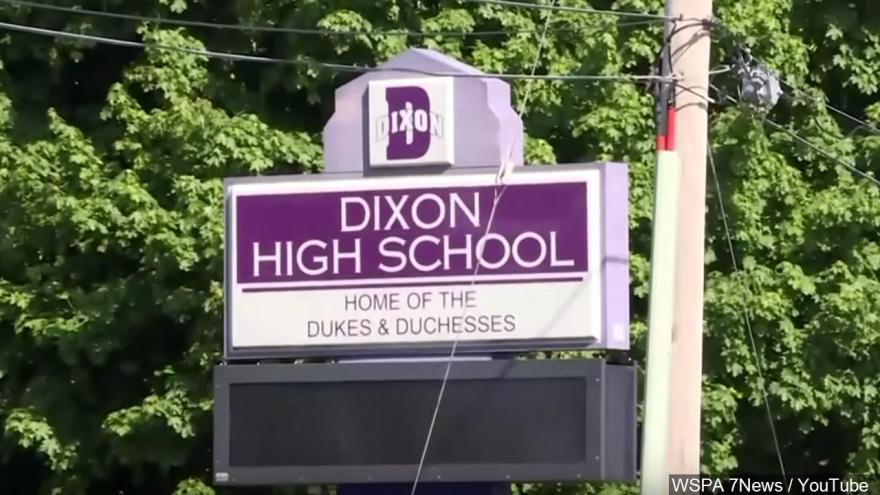 DIXON, Ill. (AP) — The police officer credited with stopping a northern Illinois school shooter has been praised by President Donald Trump after being named Officer of the Year by the International Association of Chiefs of Police.

Trump spoke about Dixon Officer Mark Dallas during the group's convention Monday in Florida, citing his quick actions in intervening when a student fired shots near Dixon High School's gym on May 16 during graduation practice.

Trump pointed out that Dallas' son was among the senior class members and later said he wasn't scared because he knew his father was working.

Authorities allege 19-year-old Matthew Milby fired at a gym teacher and was confronted by Dallas, who shot him in the shoulder and the hip. Milby has pleaded not guilty to attempted murder and other charges.