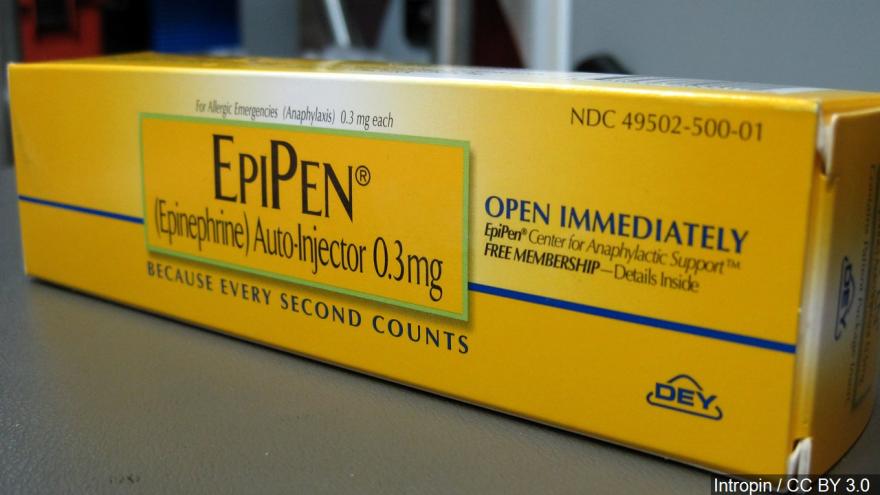 House Bill 3435 will take effect January 1, and would require companies offering health insurance policies in Illinois to pay for "medically necessary epinephrine injectors for persons 18 years of age or under."

In a tweet on Tuesday, Pritzker hailed the bill, saying, "This legislation takes a big step forward in protecting our children and families."

When administered during an anaphylactic attack, the pens deliver what can be a lifesaving dose of epinephrine, or adrenaline. The epinephrine helps open up the airways and reduce swelling.

In an email, Tonya Winders, who heads the Allergy and Asthma Network, confirmed to CNN that Illinois is the first state to mandate EpiPen insurance coverage.

After years of price hikes, glimmers of hope

The Illinois bill comes after a decade of rising EpiPen prices.

"With steady increases in food allergies and other serious allergic conditions, families are relying on EpiPens more than ever before," Illinois State Senator Julie Morrison, who sponsored the bill, said in a statement. "We should be doing everything we can to expand access to affordable lifesaving drugs and medicines. No child with a serious allergy should be without an epinephrine injector because they cannot afford one."

In 2009, a pair of EpiPen injectors went for $100, but by 2016, the price had jumped to $600. The ensuing outrage from parents and patients prompted federal lawmakers to look into the pricing policies of Mylan, which produces the EpiPen.

At the time, Mylan told CNN that the changing health insurance was to blame for the high price of EpiPen, especially for those with high deductibles on their insurance plans.

Last year, the FDA approved a generic form of the drug.

In an emailed statement, Brendan O'Grady, an executive vice president at Teva, told CNN the approval of the generic form of epinephrine "marks an important step forward in bringing our patients additional prescription medications that have met the FDA's rigorous standards."