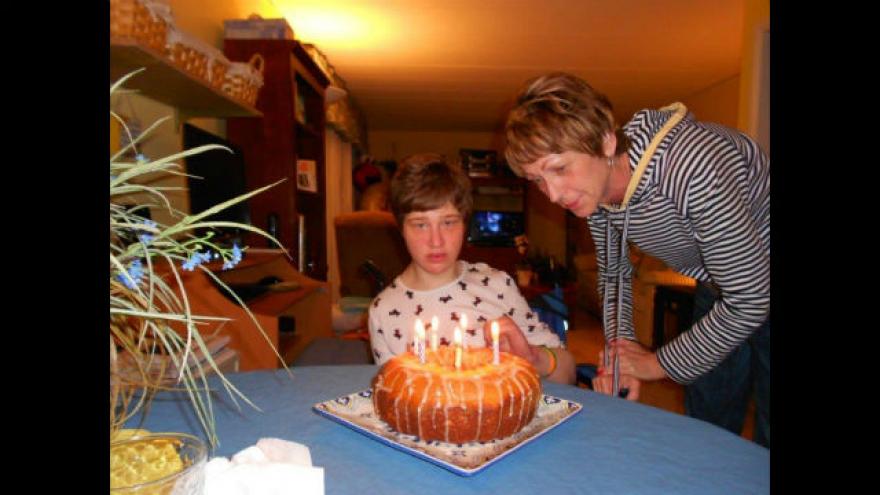 Bonnie Liltz was sentenced last year to four years in prison in her daughter death. Her daughter Courtney, who had severe cognitive defects, was fatally drugged in 2015. Liltz was found dead in her apartment of an apparent suicide on November 25, 2017. Photo courtesy Bonnie Liltz

(CNN) -- A Chicago-area woman who was scheduled to return to prison Monday for killing her disabled daughter in 2015 was found dead in her apartment of an apparent suicide.

On November 21, Liltz was ordered to return to prison to complete the rest of her four-year sentence. She was to report there on Monday.

"This is a story that I wish the final chapter was happier," her attorney Thomas Glasgow said Monday. He said Liltz's sister found her unresponsive in bed and called 911.

"She went to lunch with her father on Friday. She spoke to me that afternoon. We had a very nice conversation," Glasgow said. "Then she went to her mom's house. Her mom and sister live together. She told them she was going to a movie and have lunch with a friend. She went home and didn't answer any calls. Her sister went over and found her."

Schaumburg (Illinois) Police Sgt. Christy Lindhurst said, "we have no evidence of foul play, and we do believe it was a suicide."

Last year, an Illinois Circuit Court judge sentenced Liltz to four years in prison for drugging and killing her 28-year-old daughter, Courtney, in a failed murder-suicide attempt in 2015.

Courtney Liltz had cerebral palsy and severe cognitive defects stemming from a seizure when she was 2 years old, according to Glasgow.

"She was taken into custody in May and spent 73 days in the Illinois Department of Corrections. She was released on bond in August. The Illinois Supreme Court declined to hear her case," he said.

"It is unfortunate it ended like this. We had a petition to grant her clemency. We were set for a hearing in January," he added.

Sue Liltz told CNN affiliate WLS that her sister wrote a suicide note. "She said she loved us very much and that she's sorry, that she just could not go back to that place."

According to court transcripts, Liltz's account of the tragic morning of May 27, 2015, began, "I awoke in severe abdominal pain ... soiling myself and my bed. My heart was pounding ... and I was shaking and sweating profusely."

She recalled a grim prognosis from her gastroenterologist that her intestines could fail. Seeing her stomach collapsed where it should be fuller, she believed that was exactly what was happening: She was dying, and she was out of options.

Beside her in a separate twin bed lay her disabled daughter, Courtney, with whom she had shared a room in a 1,200-square-foot condo each night for 23 years, Glasgow said.

"The thought of her having to live in an institution for the rest of her life was more than I could bear," Liltz said in court, pausing amid bouts of tears, according to her lawyer.

When a resurgence of cancer required Liltz to undergo surgery in 2012, Courtney was put in a nursing home for a week, she explained to the judge. During that time, Courtney was neglected and abused, Glasgow said.

"It was with that memory that I felt the only place I knew she would be safe and happy would be in heaven with me," Liltz said in court.

Glasgow described what happened next as a moment of desperation and compassion: Liltz funneled a concoction of crushed medications in water through Courtney's feeding tube. Then she downed her own pill cocktail with a glass of wine, according to prosecutors.

A handwritten suicide note left on the kitchen counter read, in part, "I am so sorry to put you all through this but I can't leave my daughter behind," according to prosecutors.

"She is my life," Liltz scribbled in the note she thought would bear her final words.

Mother and daughter were found unconscious that afternoon by a family member, according to Schaumburg police.

Both were taken to a nearby hospital and treated, but Courtney never regained consciousness and died a week later, according to a news release provided by Schaumburg Police Lt. Shawn Green. He said the police had no prior complaints of abuse against Liltz.