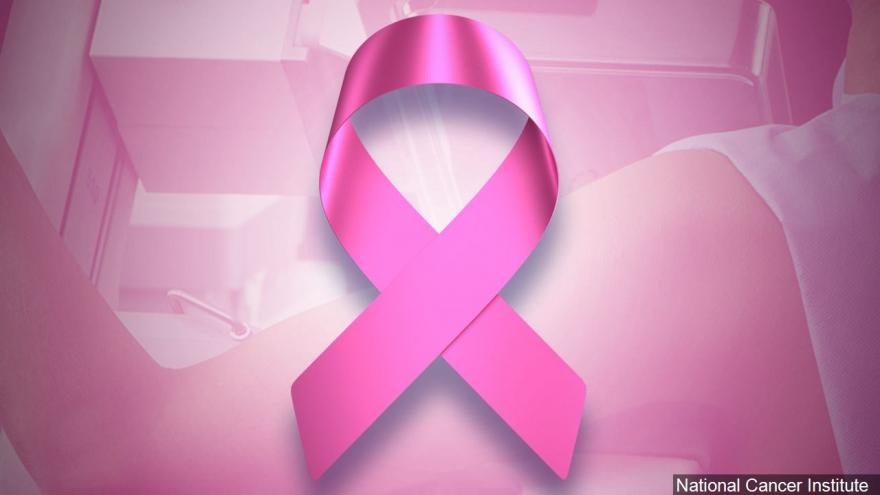 (CNN) -- It's good news for women with triple-negative breast cancer, an aggressive and hard-to-treat form of breast cancer that targets women under 50.

A new study published Saturday in the New England Journal of Medicine found a combination of chemotherapy and antibody medications taught the women's own immune system to attack cancer cells, in some cases extending life by almost a year.

"This is the first time immunotherapy has worked in such a difficult to treat cancer, and is a huge step forward for these breast cancer patients," said lead author Dr. Peter Schmid of Queen Mary University of London, in a statement. He presented his findings at the European Society for Medical Oncology conference in Munich, Germany on Saturday.

"This is a real advance that is going to allow us to help more people," said Memorial Sloan Kettering oncologist Dr. Larry Norton, who was not involved in the study. "Once we get regulatory approval, I think the expectation is this will change the standard of care."

About one in ten of all breast cancers are triple-negative, according to the National Breast Cancer Foundation. It is most likely to affect Hispanic and African American women and those with a BRCA1 gene mutation. It also tends to attack women in their 40s and 50s.

"It is particularly tragic that those affected are often young," Schmid said, and likely to still be raising families. "We have desperately been looking for better treatment options."

When breast cancer cells test negative for estrogen, progesterone, or human epidermal growth factor 2 (HER2), it's called a triple-negative breast cancer. Therefore, it does not respond to any of the available hormonal cancer treatments.

It does respond to chemotherapy. However, for most women the cancer cells quickly develop resistance to the chemo. That allows the aggressive cancer to spread to other parts of the body, thus reducing survival rates.

In this trial, the combination of medication and chemo extended progression-free survival by 10 months for some women, the study found. The chance of the cancer spreading to other areas of the body and the risk of death was also reduced by up to 40%.

"This is just the beginning of using immunotherapy for breast cancer," said Norton who serves as the director of the Evelyn H. Lauder Breast Center at the Memorial Sloan Kettering Cancer Center.

Scientists are learning "so much and so rapidly about other ways to stimulate the immune system," Norton said, that he predicts an "explosion of well-designed studies that will push the agenda forward."

In a normal state, the immune system will not attack cancer cells because they are viewed as a part of the body. That's where atezolizumab comes in. It's an antibody that attaches to the cancer cell. It's job is to inactivate a protein called PD-L1, which is responsible for telling the immune system "don't attack me."

Chemotherapy is also needed, to "rough up" the exterior of the cancer cell, Schmid explained. That allows the newly revved-up immune system to recognize and attack the invader.

"We are using chemotherapy to tear away the tumor's 'immune-protective cloak,' to expose it," Schmid said, "enabling people's own immune system to get at it."

The Phase three study followed more than 900 women enrolled at 246 sites in 41 countries, who were randomly assigned to receive atezolizumab and chemo, or a placebo and chemo.

Standard chemotherapy was given every week. Atezolizumab was given intravenously every two weeks.

The women who received immunotherapy and chemo survived with no progression of cancer for a mean of 7.5 months, more than two months longer than women using chemotherapy and a placebo.

In women who tested positive for PD-L1, especially high levels of the protein, the response was even better. At the end of the trial those women had added another 2.5 progression-free months to their lives.

"We are particularly encouraged by the fact some patients are living without recurrence for an extended period of time," said Norton. "Finding out why those patients do so much better than others is going to be one of the important topics for future research."

The trial was funded by Roche, the maker of atezolizumab.