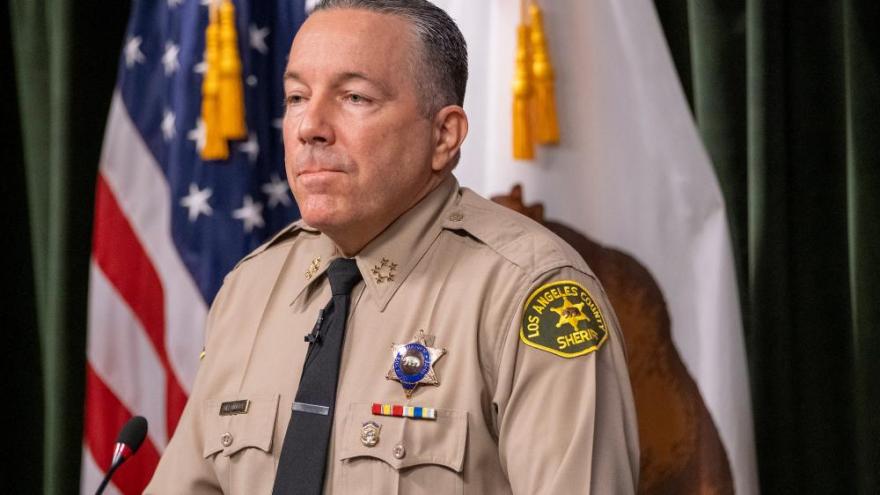 (CNN) -- A judge in Vanessa Bryant's lawsuit concerning allegedly leaked photos of the crash that killed her husband, Kobe Bryant, has granted her motion to compel the Los Angeles sheriff and fire chief to be deposed.

The basketball legend's widow is suing the county, claiming photos made at the crash site were shared by the sheriff's deputies and fire officials in settings irrelevant to the investigation, including a bar.

Kobe Bryant and his daughter Gianna, 13, were among nine people killed when a helicopter crashed into a hillside in Calabasas, California, on January 26, 2020.

Bryant, in a deposition earlier this month, said she learned about her husband and daughter Gigi's deaths via social media notifications. According to a court filing, the county wants to compel the widow to undergo psychiatric exams to determine emotional distress over leaked photos.

The depositions will be limited to four hours each so as not to divert them from their official duties, according to the ruling.

Villanueva "looks forward to offering his testimony and bringing clarity to the decisions he made which successfully led to no pictures allegedly taken ever seeing the light of day," department spokesperson John Satterfield said in a statement.

CNN has requested comment from Bryant's lawyer, the county's lawyer, and the fire department.